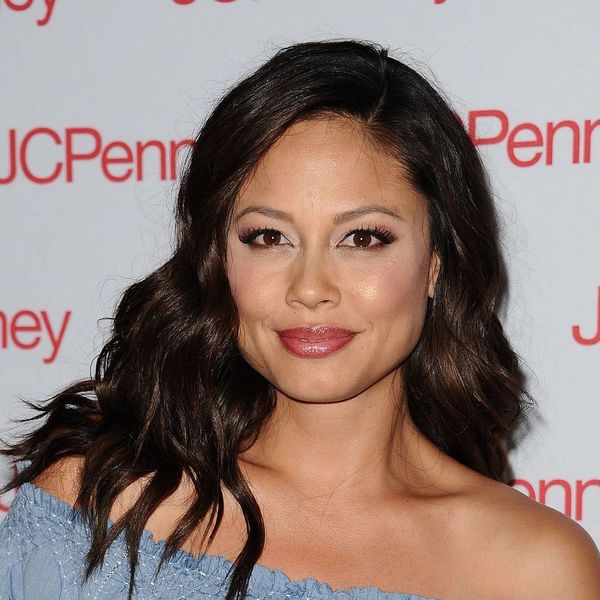 Vanessa and Nick Lachey got an early Christmas present last year in the form of a new healthy baby boy, but sans an adorable photo of his miniature little hand clutching hers and the below pic of Nick lovingly peering in at a swaddled-up bundle, we haven’t seen much of the little tyke — at least not on social media.

I never could have predicted 2 years ago all of the many beautiful ways you would change my life. Happy Birthday to my perfect little angel.

Now, Vanessa’s more than making up for lost time with a video of the new babe that is powerful enough to turn anyone that looks upon it into an instant puddle of mushy, mushy goo.

In the sweet close-up, we get a good glimpse at Phoenix Robert Lachey in all his cute glory, and while that alone would be enough, what ensues next is a recipe for an absolute explosion of the heart. “I love you, Bubby,” the mom can be heard saying as she laughs and smooches Phoenix’s little head. The feeling is CLEARLY mutual, as he cracks the most heartwarming grin you’ve ever seen in response to her kisses — Oh. Em. GEE is he adorable, or what!?

Between Vanessa’s “funny little Valentine,” as she captioned the vid, and Nick’s rumored new boy band comedy show, it’s shaping up to be a pretty epic year for the Lacheys, indeed.

Do you have a sweet baby vid to rival V’s? Share with us @BritandCo.

Nicole Briese
Nicole is the weekend editor for Brit + Co who loves bringing you all the latest buzz. When she's not busy typing away into the wee hours, you can usually find her canoodling with her fur babies, rooting around in a bookstore, or rocking out at a concert of some sort (Guns N' Roses forever!). Check out all her latest musings and past work at nicolebjean.com.
Celebrity Baby
Celebrity News
Celebrity Baby Parenting social media