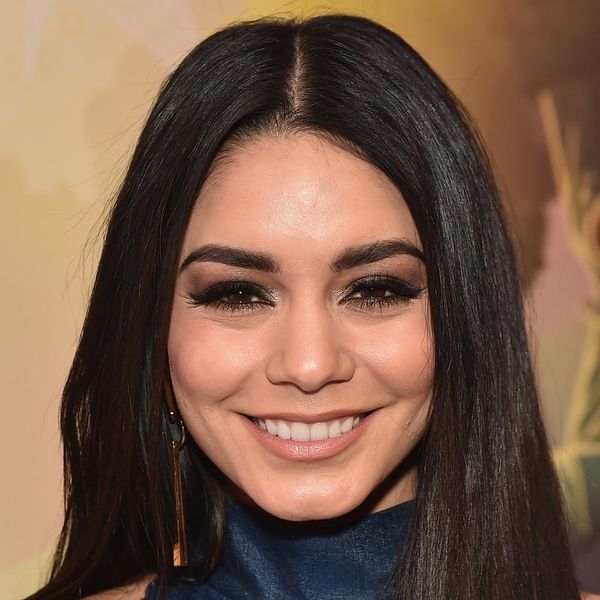 Girl walks into a Los Angeles salon with long hair tied in a bun. Girls walks out of the same salon a few hours later with a chic bob. Girl is… Vanessa Hudgens??

The upcoming co-host of the Billboard Music Awards 2017 on May 21 exited Nine Zero Salon in West Hollywood on Tuesday with a short haircut. The makeover is a dramatic departure from the long, mermaid-like hair that fans have grown to associate with Hudgens since her High School Musical days.

Oh she short 😍 thank you @nikkilee901 for the chop! @ninezeroone

Wearing a white and black striped crop top with a pair of boho mustard pants, Hudgens showed off the change on Instagram, posting a teddy bear filtered photo with the caption, “Oh she short.” The Grease: Live! star cut her hair into a bob a couple of years ago, so it’s clear she loves to rock the look every now and then.

I'm so unbelievably excited to host the @BBMAs this year with @Ludacris! The party starts LIVE May 21 at 8e/5p on ABC. #BBMAs

In addition to her upcoming gig alongside Ludacris, Hudgens is also back to the stage. She performed her newest single “Reminding Me” with Shawn Hook on the Today show earlier this month. The single, which came out earlier this year, is the first song on Hook’s new album.

What do you think of Vanessa’s haircut? Tell us @BritandCo!

Love Moore
Love Moore is a freelance writer based in Brooklyn, New York. She has a BA in journalism and loves homemade meals, snow days and bookstore corners.
Hair