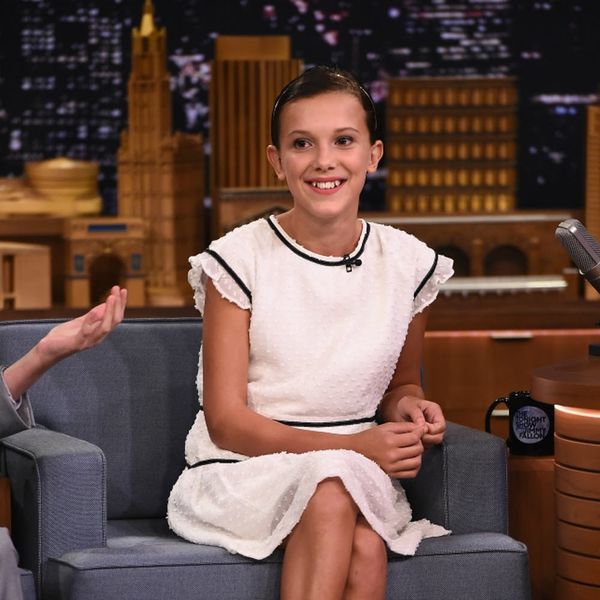 Stranger Things is the show that keeps on giving. Whether we’re dying at the craziest Parks and Recreation theories or everything Barb-related, we just can’t get enough of Netflix’s spooky show. Possibly the best part of the show, though, is the squad of kids who acted on the show and now do almost every interview together.

On The Tonight Show Starring Jimmy Fallon, the kids played a game called “Stranger Strings” where they all took turns with silly string trying to guess whose confessions were being read. When it came time for Millie Bobby Brown’s confession, not only did she admit that she knows all the lyrics to Nicki Minaj’s show-stealing rap from Kanye’s song Monster, but the actress belted it out with a little help from The Roots.

We are dying watching how cute and smart this crew is and can hardly stand to wait for another season of the show. Maybe now that we know about Millie’s secret rapping ability, we’ll get a chance to see her character Eleven branch out even more. And did you know she’s British? Maybe she and Adele should start the UK Nicki Minaj appreciation society.