We Finally Know the Color of Gwyneth Paltrow’s Engagement Ring 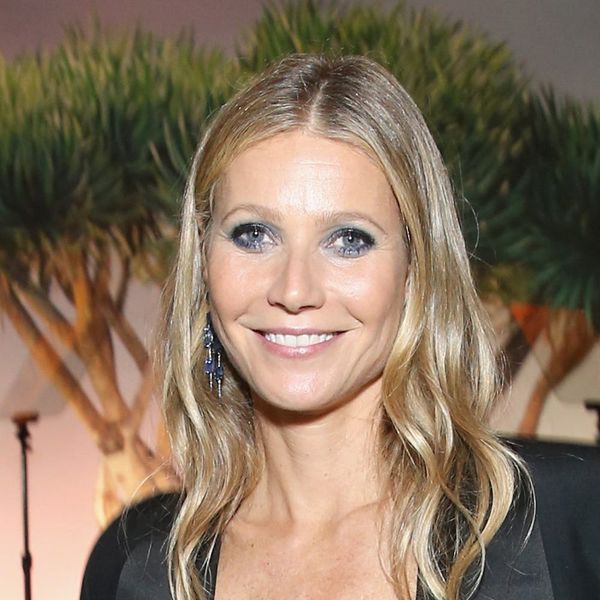 Ever since Gwyneth Paltrow and Brad Falchuck announced their engagement earlier this month, we’ve been waiting with bated breath to get an up close and personal look at the Goop founder’s new bling. We could make out the size of the round stone (read: massive!) in a black and white shot obtained by Glamour, but the details were still a little… fuzzy. Now, we can finally exhale, because the bride-to-be just flashed her rock in all its glory, and it’s every bit as gorgeous as you might expect.

The lifestyle guru presented an award at the Producers Guild Awards — her first public appearance since announcing her engagement — where she stunned in a simple red Alex Perry gown. It was her not-so-simple ring, however, that caught our eye.

Unlike the traditional diamond engagement diamond accessory, the Spiderman: Homecoming star’s ring features what appeared to be a *very* large sapphire blue stone at its center, surrounded by a silver diamond-encrusted band.

The soon-to-be husband and wife, both 46, are remarrying for the second time, both after 10 year marriages. As per a joint statement the couple released to Good Morning America, both parties “…feel incredibly lucky to have come together at this juncture in our lives when our collective successes and failures can serve as building blocks for a healthy and happy relationship.”

Now, if only we could get a sneak peek at the potential wedding dress! *Wink, wink*