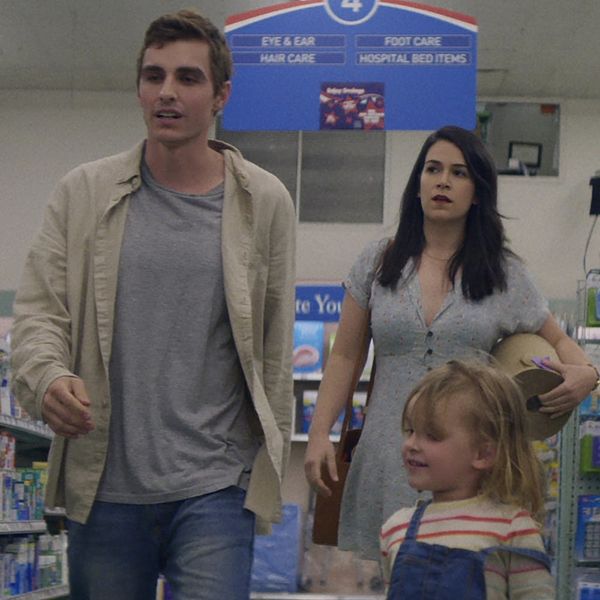 Welcome to Brit + Co’s Weekly Entertainment Planner! Each Monday, we highlight one thing we’re excited about in six categories — movies, TV, music, streaming services, podcasts, and a bonus pick from all of the above — to help you navigate your week in watching and listening. Check out our picks for the week of April 2 to 8 below. Your eyes and your ears will thank us!

A Quiet Place (April 6): We already knew that John Krasinski and Emily Blunt were talented actors individually, and now we finally get to see the husband and wife in their first movie together. The film — which was also directed by Krasinski — is about a family who must learn to live in total silence lest an evil creature hunts and finds them. And if the trailer is any indication, it’s every bit as eerie as it sounds. (Photo via Paramount Pictures)

Killing Eve (April 8): Sandra Oh returns to TV in her first regular role since leaving Grey’s Anatomy in 2014. Oh plays an MI5 agent who’s bored with her job and gets more of a shake-up than she expected when she becomes mutually obsessed with an assassin (Jodie Comer). Killing Eve is the work of Phoebe Waller-Bridge, who had a comedic hit on her hands with 2016’s Fleabag. The series debuts on BBC America on April 8 at 8pm ET. (Photo via BBC America)

6 Balloons (April 6):Broad City star Abbi Jacobson takes on a rare dramatic role in Netflix’s latest original feature film. In it, she plays sister and caretaker to Seth (played by Dave Franco), a former — and now relapsed — heroin addict. 6 Balloons is a compassionate look at addiction and a moving depiction of the things we do for family, even if we’d rather be doing anything else. (Photo via Netflix)

Cardi B, Invasion of Privacy (April 6): At long last, the debut album from Cardi B is coming. Invasion of Privacy follows a pair of previous mixtapes and the rapper’s history-making, pop-culture-invading juggernaut song “Bodak Yellow,” and will be available on Friday, April 6. So far, we don’t have a tracklist, but we do have a look at the album cover, and it’s as iconic as expected. (Photo via Christopher Polk/Getty Images for iHeartMedia)

Trading Spaces (April 7): After a 10-year absence, Trading Spaces is coming back to TLC on Saturday, April 7 at 9pm ET. The show was one of the home-decor reality-TV trend’s originals, and will feature much of the same cast — including host Paige Davis and many of the designers — as you remember. (Photo via Amanda Edwards/Getty Images for Discovery)