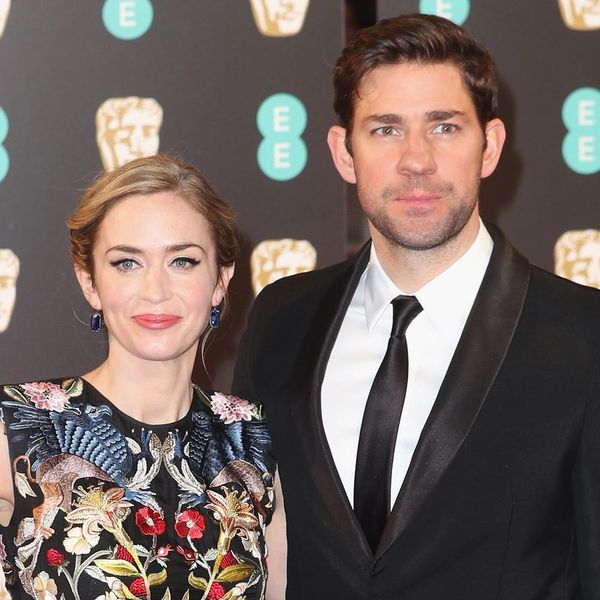 When John Krasinski announced (in the sweetest way possible, natch) that he was working on a film with his wife Emily Blunt, very few details were known about the project, other than that it was a supernatural thriller about a family being “terrorized by evil.” Now the first trailer for A Quiet Place has dropped, and we finally get to see the two on screen together — and witness their scream-worthy acting skills.

In the trailer for the flick, which Krasinski also directed, the characters make almost no sounds, using sign language as opposed to speaking, laying down sand to muffle footsteps, and only stepping on carefully marked floorboards that don’t squeak. It’s eerily quiet.

The trailer warns us that “silence is survival” — which is obviously why the family is so desperate to prevent any noise — and that “if they can’t hear you, they can’t hunt you.”

Though we don’t know who — or what — “they” are, it’s clear by the giant claw marks on the wall that whatever is lurking is worthy of some serious terror.

A Quiet Place will be creeping into theaters on April 6, 2018.

Are you excited to see IRL couple John Krasinski and Emily Blunt star in A Quiet Place together? Let us know @BritandCo!