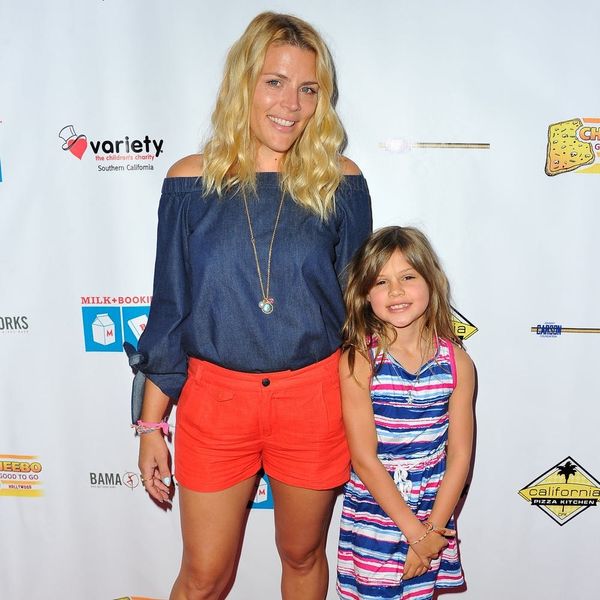 Stars are not just like us when it comes to baby names. They’re nothing like us, in fact. They’re more innovative, coming up with wholly new names like Chicago, Suri, and Rumi for their kids. They’re bolder, often picking names that are far outside the mainstream. And they really love using names with ties to Hollywood.

Case in point: On February 15, The Blast revealed that Breaking Bad star Aaron Paul and his wife Lauren Parsekian had named their newborn daughter Story Annabelle. For almost any other couple, this would be a daring, even outrageous, name choice. Only 68 baby girls in the US were named Story in 2016 — fewer than were named Aries, Timber, or Yocheved. But in Hollywood, the land of storytelling, there’s nothing strange about naming a baby Story. At least two other celebrity couples beat the Pauls to the punch.

Story is far from alone. It’s just one of the many weird names that celebrities are obsessed with. Nameberry analyzed thousands of celebrity kids’ names in our database to identify those that were given to multiple starbabies despite being relatively unpopular in the country at large. The 20 names below were each given to at least three children of celebrities but were not among the Top 300 baby names for either sex in 2016, the most recent year on record. But they’re definitely names to watch going forward — once a few celebrities use a name, there’s a good chance that civilians will follow.

1. Ace: Leave it to Hollywood to take name inspiration from a Jim Carrey movie. (Photo via Jamie McCarthy/Getty)

2. Arlo: While Arlo’s solidly a boys’ name for most of us, tied to singer Arlo Guthrie, celebrities love using it for girls as well.

3. Bear: One of the hippest, toughest of the new animal names for boys, along with Fox and Wolf, got a major boost from celebrity bear-er Bear Grylls.

5. Bodhi: Another multigenerational Starbaby name, like Ever; among its first prominent bearers was Bodhi Elfman, husband of Jenna Elfman and son of filmmaker Richard Elfman. Its relaxed vibe and Buddhist resonance have started to find a broad audience, but only after enthusiastic use by Hollywood stars.

6. Bowie: One of the coolest celebrity last names of all time has only become more popular since the untimely death of the musical icon.

7. Coco: This name bridges Chanel and Pixar — like Hollywood itself.

8. Dashiell: Part of the appeal of this name for celebrities may be the tie to the legendary LA Noir writer Dashiell Hammett, originator of classics such as The Maltese Falcon.

9. Ever: Ever has been a Starbaby name as long as it’s been a name; Robert Carradine gave it to his daughter way back in 1974. But only now is it becoming more widespread.

Celebrities Who Used It: Milla Jovovich & Paul Anderson and Owain Yeoman for girls; Alanis Morissette for a boy

10. Frances: Few girls’ names have such a demure, goodly image — yet few girls’ names have been used as often by the most famous people in the world. Frances McDormand, who recently won a Best Actress Oscar, has no doubt played a part in popularizing it, and Courtney Love and Kurt Cobain gave it rock ‘n roll cool when they chose it for their now-grown daughter.

11. Jagger: Celebrities love names inspired by celebrities, don’t they? The association here with Mick Jagger is unmistakable, and the overwhelming number of civilian babies named Jagger are boys. But celebs favor it for girls.

Celebrities Who Used It: Ashlee Simpson & Evan Ross and Soleil Moon Frye for girls; Lindsay Davenport for a boy

12. Jett: This name was nowhere until John Travolta used it for his son, who tragically died in 2009.

13. Mabel: Stars’ embrace of this Victorian favorite has helped convert it away from an Old Lady name.

14. Marlowe: Another LA Noir name — the surname of fictional PI Philip Marlowe. The connection to Elizabethan playwright Christopher Marlowe gives it further literary and dramatic appeal. Despite those male namesakes, celebrities usually use it for girls.

15. Poppy: An adjective describing much of LA’s native music, the state flower of California and the name of many celebrities and socialites — the perfect storm for a Starbaby name. (Photo via Rachel Murray/Getty)

16. Rocco: A fun, warm mid-century name with a hint of multicultural appeal and a celebrity connection, to chef Rocco DiSpirito.

17. Sage: This New Age-y herb name has a host of positive connotations.

18. Sonny: One of the few boys’ names indelibly tied to one celebrity — Sonny Bono — has a retro nickname-name vibe.

19. Story: Some people try to find a baby name with a story behind it, but an increasing number of celebrities just name their kids Story.

20. Tallulah: A celebrity baby name with real staying power: Bruce Willis and Demi Moore started the trend in 1994, Patrick Dempsey kept it alive when his now teenage daughter, and a recent crop of celebrities have given it new luster. The fact that it was popularized by iconic actress Tallulah Bankhead surely helps.

What’s your favorite celeb baby name? Share it with us @BritandCo.

This Is the “Most Millennial” Name in the US