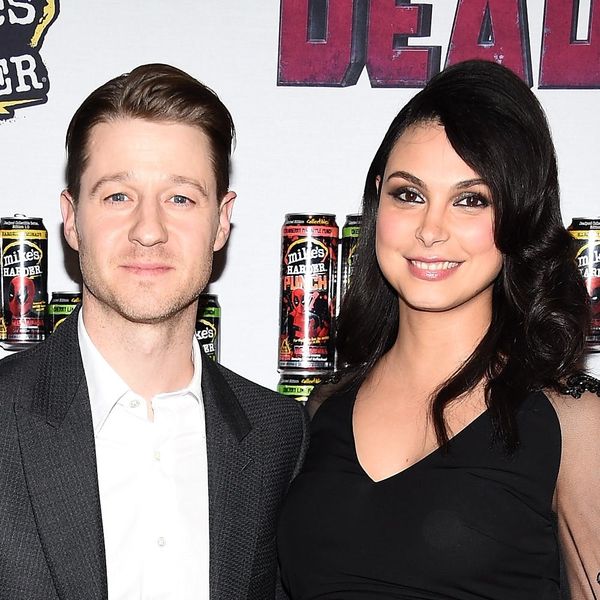 Congratulations are in order for Gotham co-stars Morena Baccarin and Ben McKenzie, as they welcomed an adorable baby girl into the world. The newest Hollywood resident made her appearance on March 2 and — in the grand tradition of celebs giving their little ones interesting names (like some weather inspired monikers perhaps?) — Morena and Ben have given their baby girl quite the creative baby name. Hmm, maybe they saw our post on baby naming advice?

“All are happy and healthy and appreciate the well-wishes,” the couple’s reps told USA Today.

The couple named their new bundle of joy Frances Laiz Setta Schenkkan. The name is certainly unique, but has almost a faintly royal feel to it. That might be thanks to the two middle names. (After all, Princess Charlotte’s name is Charlotte Elizabeth Diana). That extra middle moniker really takes a baby name from zero to royal in no time flat.

So, how did the little one get such a big name? Well, Setta is Baccarin’s mother’s last name. Schkenkkan? That is, in fact, the real last name of Mr. McKenzie who uses his middle name as a stage name. There’s no news on why they chose Frances Laiz for this baby girl — who’s McKenzie’s first child and Morena’s second — but we bet there’s a lovely reason behind them both.

Do you prefer unique names or ones that are perhaps more common? Tweet us @BritandCo!

Desiree O
Desirée O is a ‘Professional Bohemian’ who loves anything and everything related to the arts, entertainment, and pop culture. She ADORES being a ‘Newsy’ for Brit + Co, covering all of the latest tidbits of awesomeness that you want to read about. When she’s not writing, she’s either making messy art, going on long adventurous walks with her camera, or poking around over at bohemianizm (http://www.bohemianizm.com/). You can find out about Desirée O and her work at http://DesireeO.com/ or follow her on Twitter @DesireeO.
Celebrity Baby
Entertainment
Celebrity Baby