Here’s What to Expect From NBC’s ‘A Very Wicked Halloween: Celebrating 15 Years on Broadway’ 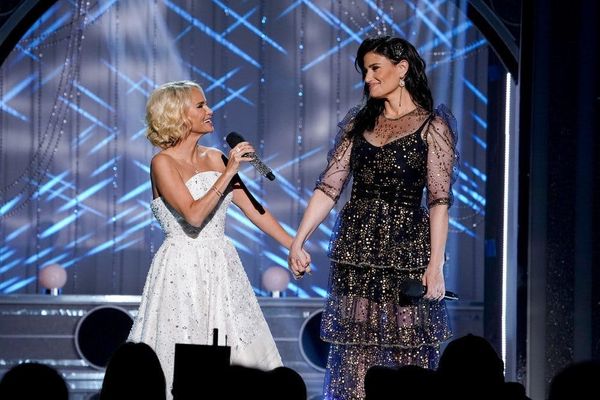 Wicked celebrates its 15th anniversary this year, and NBC is marking the occasion with a concert-style TV special featuring the musical’s original stars, Kristin Chenoweth and Idina Menzel, as well as several special guests. Chenoweth recently opened up about how it feels to be revisiting the Broadway show all these years later, as well as what to expect from the televised celebration.

“[It’s] one of the best concerts I’ve ever seen,” Chenoweth, known for her role as Glinda, told EW. She and Menzel will be singing the show’s iconic songs throughout the night, along with other special guests including Ariana Grande, Pentatonix, Adam Lambert, and show’s current Broadway cast.

Chenoweth is reviving “Popular” and one of her personal favorites, “For Good,” which she said she still sings regularly in concert. “That lyric, I look at certain women in my life and I think, ‘Oh, they’ve left a handprint on my heart,'” she said. “And each are different and special in their own way.”

While the event is set to coincide not only with the show’s 15th anniversary, but also with Halloween, Chenoweth was clear that it will be anything but scary. You might cry, though — she did.

“It’s really special,” she said. “In show business, we don’t have things that last more than 15 seconds. We have something that lasted 15 years and way beyond. We should be so lucky as artists to have that attached to us.”

The Wicked special will air on Monday, October 29, at 10pm ET/PT on NBC.

Are you going to watch the Wicked TV special? Let us know @BritandCo!