These Are the Biggest Acts Performing at Donald Trump’s Inauguration 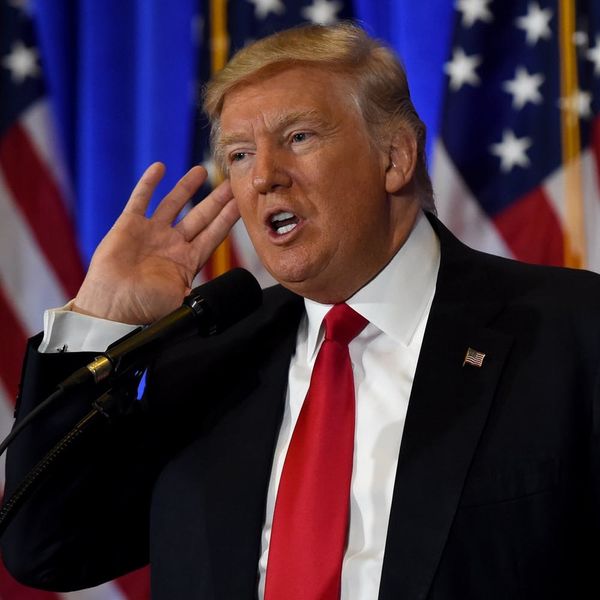 Up until now, we’ve heard far more about who WON’T be performing at Donald Trump’s inauguration than anyone who actually will: Perhaps because it was reportedly quite the task finding talent to hop on board (singer Idina Menzel went so far as to suggest he perform himself), not to mention the massive controversy surrounding The Rockettes appearance.

Despite the odds, a lineup for the impending event (January 20) has finally come to fruition. While we wouldn’t be surprised to see changes coming right up to the day (Broadway singer Jennifer Holliday has actually already pulled out since the time of announcement), this is who you can expect to see on the bill… for now.

1. The Rockettes: Despite all the hoopla, willing members of The Rockettes (an agreement was made that excused those against the decision) will be on hand to perform their legendary high kicks for the masses. (Photo via Lorenzo Bevilaqua/Getty)

2. 3 Doors Down: Perhaps the biggest headliners of the bunch, early ‘00s rockers 3 Doors Down are also set to perform, although we can’t help thinking that “Kryponite” might be a bit of an ironic choice… no? (Photo via Frank Hoensch/Getty)

3. Toby Keith: For Toby, who performed at events for former Presidents including George W. Bush and Barack Obama, as well as for troops and the USO, the decision was a no-brainer. He told Entertainment Weekly that “I don’t apologize for performing for our country or military.” (Photo via John Shearer/Getty)

4. Jackie Evancho: One of the first performers to jump onboard, 16-year-old America’s Got Talent alum Jackie Evancho will be singing the National Anthem at the event, though her transgendered sister Julie (legally born Jacob) will not be in attendance, citing “prior engagements.”

That doesn’t mean she’s against Jackie’s decision, however: She told CBS Sunday Morning that “Jackie is singing for our country, and it’s an honor for her to be singing in front of so many people… and that’s where I’m going to leave it right now.” (Photo via Stephen J. Cohen/Getty)

5. The Piano Guys: Known for their mashups of pop music with classical technique, the quartet hasn’t released any statements via social media or otherwise, focusing instead on presumably more important matters…

6. Lee Greenwood: You might remember Lee’s little known classic, “God Bless the USA” (see above), which has practically become an American anthem with lyrics such as, “And I’m proud to be an American, where at least I know I’m free, and I won’t forget the men who died who gave that right to me…”

.@RealDonaldTrump has been elected – I believe this is a time to pray for & support our country & new President! #GodBlessTheUSA

The patriot recently took to Twitter to explain his decision, saying, “I believe this is a time to pray for and support our country and new President!”

Celebrities including Jon Voight and Caitlyn Jenner will also reportedly be in attendance, with additional performances from The Frontmen of Country, Tim Rushlow, Larry Stewart and Richie McDonald.

What do you think of Trump’s inauguration lineup? Sound off over @BritandCo.

Nicole Briese
Nicole is the weekend editor for Brit + Co who loves bringing you all the latest buzz. When she's not busy typing away into the wee hours, you can usually find her canoodling with her fur babies, rooting around in a bookstore, or rocking out at a concert of some sort (Guns N' Roses forever!). Check out all her latest musings and past work at nicolebjean.com.
Controversy
Politics
Controversy Music Politics
More From Politics