Yas Queen: What the Broad City BFFs Would Tell Their 20-Year-Old Selves 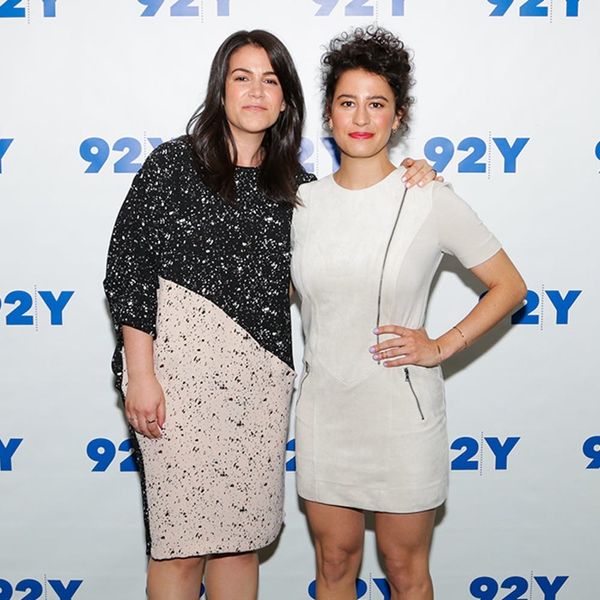 Where would our lives be today without Ilana Glazer and Abbi Jacobson? Well, “Yaaaaas Queen” wouldn’t be our answer to, um, everything, you would feel alone in your obsession with Bed, Bath & Beyond and hallucinating a giant version of a stuffed blue toy named Bingo Bronson who takes you shopping at Whole Foods would sound weird. Glazer and Jacobson have gone from underground web series stars to TV’s baddest BFFs with their Comedy Central hit Broad City. The series started a few years back as short sketch videos the duo made with friends based on their real-life experiences as two young, broke twenty-something women in New York. They may be super successful now, but what would today’s Ilana and Abbi say to the women who came up with the ideas for those videos so many years ago? Brit + Co got a chance to to see them give a talk at the 92Y in Manhattan, and we have the scoop straight from your dream brunch buds.

Glazer revealed that at 20 she was “up comedy’s ass” — which is a) hilarious and b) great advice for anyone who has a passion. Follow it. Even if you’re, you know, up your passion or beat’s proverbial butt. If she could go back in time and share some sound advice to 20-year-old Ilana, she would tell herself to “stop worrying. You are wasting your energy.” Jacobson admitted she actually wouldn’t tell her 20-year-old self anything as it may not have gotten her to where she is today. “I don’t know if I would tell her anything because I used all the sh*t she did,” Abbi explained. True — we wouldn’t want to go back in time and disrupt the creative process that would eventually become our favorite show ever. “[What Broad City shows] is that you can just find friends and make stuff and cool things happen,” said Jacobson.

Are you a Broad City faithful? Share your love for the show with us below!

Meredith Lepore
Meredith is a freelance writer/editor who writes for Levo League, Bustle, Refinery 29, Instyle.com as well as magazines including Marie Claire, SELF, Women's Health and Cosmopolitan. Before going freelance she was Editor in Chief of the women's career site The Grindstone. She earned her Masters in Magazine, Newspaper and Online Journalism from the Newhouse School at Syracuse University. Meredith resides in New York full time and enjoys SoulCycle, jogging and playing with her Yorkshire Terrier Otis, who also loves SoulCycle.
Home News