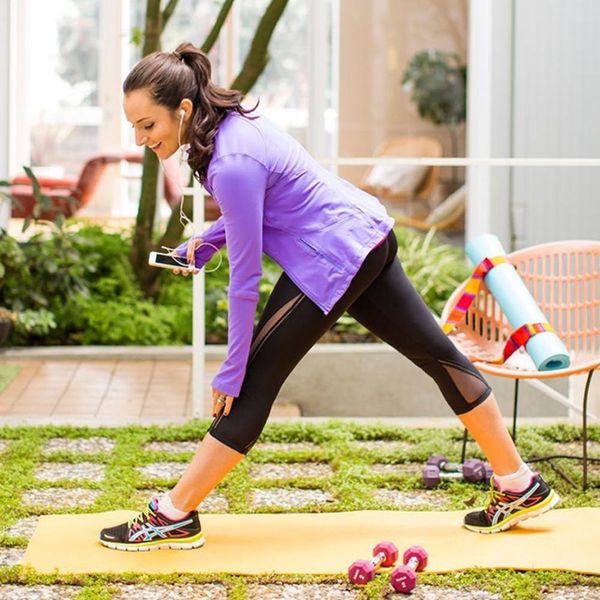 Every yoga teacher tells us that finding our balance will help us achieve balance in our own lives. Now there might be actually be science behind that mantra. Scientists have found that holding a solid tree pose may not just be a good workout for your muscles, but might also affect your emotional thinking and your personal relationships. The psychology behind this research is known as “embodied cognition,” which looks at the way our emotions are connected to our physical bodies. Before now, little research had been done on how embodied cognition is connected to our romantic life. That is, until this new study. Researchers at the University of Pittsburgh and the University of Waterloo in Canada examined the relationship between stability and love and came up with some very interesting results.

The researchers looked at a small group of college students who were in a committed relationship that had lasted for at least a year. They then gave half the volunteers a normal desk and the other half a desk and chair that was slightly wobbly and asked them to fill out a questionnaire regarding their romantic relationships. Can you guess what happened? Yep, there was a strong correlation between wobbly desks and wobbly relationships.

The next part of the study involved more volunteers who all said that they were part of an established, monogamous couple. The researchers had half the volunteers stand on both feet as the other half stood on one foot while both composing a short note to their loved one. For future reference, don’t go writing love notes while standing on one foot! Researchers found that those volunteers who wobbled on one leg rated their relationships as much more unstable than did the people who wrote while standing on two feet.

But don’t worry — the study doesn’t prove that if you can’t hold handstand scorpion pose, your love life is going to collapse. The researchers only concluded that when people feel physically unstable, they are more likely to feel their relationship is equally unstable — all from a neural point of view, of course. Still, when contemplating your relationship, writing vows or love notes, maybe keep your feet firmly on the ground and sit in a sturdy chair. Just to be safe ;)

What do you think of this research that connects emotions with your physical state? Do you think there is truth behind the psychology? Share your reactions in the comments below!

Kate Thorn
Kate Thorn is an illustrator, foodie, photographer, and blogger at Create & Kate. She loves creating art, traveling, and all things chocolate. A native to the Great Northwest, she is currently living in London and pretending to be a mature grad student.
science
Health
science study Yoga
More From Health