FYI: You Don’t Have to Give Up Alcohol to Lose Weight 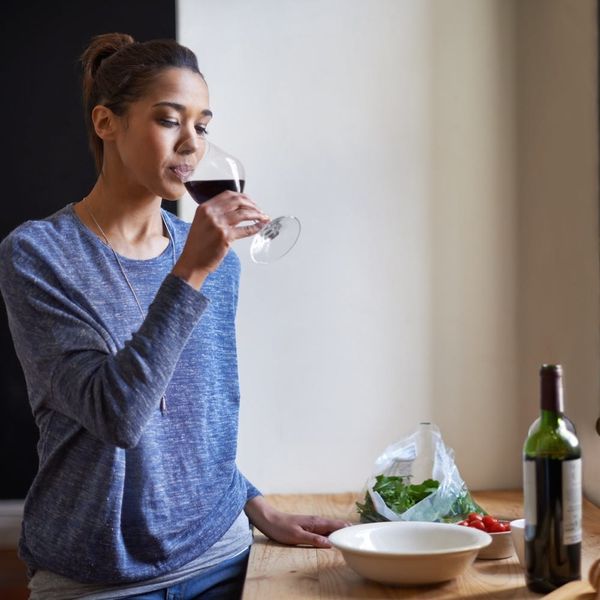 If you’ve ever tried shedding pounds, you probably know that drinking on a diet is HARD. Mostly, that’s because alcohol is full of empty calories. It won’t make you feel full or satiated the way real food will, and it has zero nutritional value. For that reason, some nutritionists advise those losing weight to cut out all alcohol. While there are definitely some health advantages to an alcohol-free lifestyle, it’s confusing to be told you can’t have it at all, especially when some research suggests that drinking it in small amounts may actually be *good* for your health. In fact, there’s even some evidence that certain types of alcohol, like tequila, can help you lose weight. Talk about mixed messages!

Folks over at The New York Times also found this to be confusing, so they decided to dig a little deeper. As the paper wisely noted, you probably know a few people who drink on the reg, but they don’t seem to have any negative effects from it, even on their weight. On the other hand, you probably also know people who’ve removed alcohol from their diets and achieved astounding results (like, ahem, Ed Sheeran). After analyzing data from a ton of previous studies and one very comprehensive review of what’s been discovered over the past several decades, it looks like moderate alcohol consumption (read: one drink per day for women, two drinks per day for men) does not necessarily put you at risk for obesity.

In fact, there were several studies in the review that seemed to show that as long as you’re compensating for the calories you’re drinking by exercising or eating less, it probably won’t make you gain weight or even hinder your weight loss efforts. That being said, when you’re limiting the number of calories you consume in an effort to drop pounds, many people prefer to eat actual food when they’re hungry instead of drinking their calories.

So, here’s what you need to know at the end of the day: You have to figure out what works best for you. Try cutting out alcohol and see what happens. Or, if you don’t want to give up your nightly glass of wine and TV-watching ritual, don’t! Try adjusting other parts of your diet before you completely nix something you really love. More than anything, a close review of the research shows that what works for each person truly is individualized. There’s no one-size-fits-all approach to being healthy.

Have you ever given up alcohol? How did it go? Tell us about it @BritandCo!