This Is What Happens to Your Body Once You Turn 30 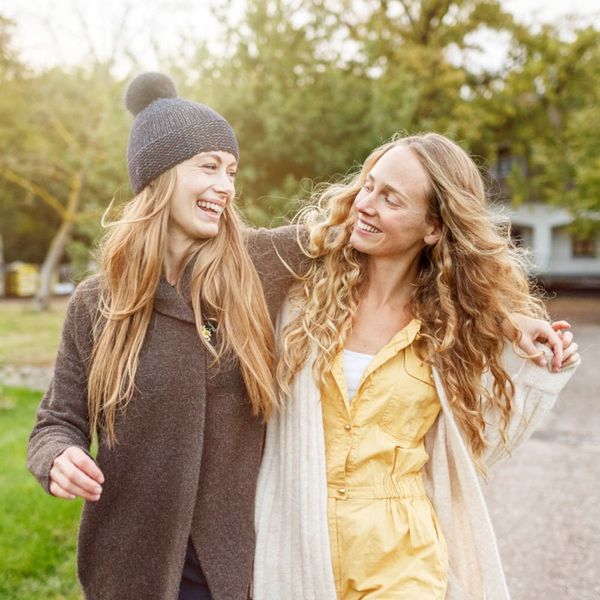 Congratulations: You made it through the roller-coaster ride that is your 20s and are now officially an adult. You’re hopefully a few rungs higher up the career ladder, living somewhere that’s not entirely decked out in IKEA furniture, and are no longer responding to “Hey you up?” messages on Tinder. Or maybe you are, but the point of your 30s is finding the confidence to do what you want, your way. There are, however, a few fairly universal experiences to getting to this age, and most of them have to do with changes that go on in your body. Here’s a 30th birthday gift (even if it’s a little late) to help you understand what’s going on in this decade of living brilliantly.

1. Your personality stabilizes. If you spent your teens careening from one phase to another and your 20s slowly transitioning from trying to please everyone around you to becoming who you think you are, the good news is that chances are you’ll feel a lot more settled in your 30s. It’s long been thought that by the time you turn 30, your personality is unchangeable — since 1890, in fact, which is when esteemed psychologist William James published The Principles of Psychology, in which he described your personality at 30 as being set like plaster.

Modern psychologists partly agree with this theory, recognizing that we are less likely to vary from our basic established personality after 30. The five core traits psychologists look at are openness, extraversion, agreeableness, conscientiousness, and neuroticism. Unlike our moods, which can fluctuate frequently, these attributes remain relatively stable over long periods of time — particularly, as William James argued, after you turn 30. However, other psychologists suggest that three of them continue to change through your 30s, but in a way that actually makes you feel more stable. People tend to become less neurotic, more agreeable, and more conscientious, which is why you may find yourself losing the will to snap at a friend over some tiny disagreement and more interested in browsing Instagram for ideas on how to arrange your closet.

2. Your bone mass peaks… and then declines. If you’re a menstruating woman who just turned 30, take a moment to appreciate how strong your bones are right now, because this is the age when most cis women’s bones reach peak strength and density. From here your bone mass will slowly decline until menopause, which often triggers a period of rapid loss of bone mass before the rate levels out into a more gradual decline again. Fortunately, you can counteract this cruel twist of age by making sure you’re getting enough calcium from milk and calcium-rich foods like broccoli, black-eyed peas, and spinach to replace what’s being lost from your bones. In addition, weight-bearing exercises like running, dancing, or lifting weights help with bone strength. For the best results, gradually increase the resistance until you’re lifting more than just your own body weight.

And don’t forget about vitamin D to help you absorb all that calcium. The most effective way to get the vitamin D you need is through a combination of sun exposure and vitamin-rich foods like salmon, herring, and tuna. That said, in summer you risk burning, since sunblock stops the UVB rays that need to hit your skin to start the vitamin D production process. In winter, depending on where you live and how much melanin is in your skin, it can easily take more than two hours of midday January sunlight each day to meet your vitamin D requirements. So you might want to add supplements to your diet as well, especially if you live in a climate where you cover up during the winter, have darker skin, or both.

3. You gain small amounts of weight — but staying active makes a difference. First of all, putting on weight is more than okay. And while you may have older friends warning you about how your metabolism crashes in your 30s, and how every single French fry adds pounds to your waistline, rest assured it’s not true. Your metabolism does slow down in your late 30s, but some data shows that the actual weight gain is not that dramatic.

The Centers for Disease Control and Prevention took body measurements from 20,015 people in two national surveys conducted in 2007-2008 and 2009-2010. They found that, on average, a woman throughout her 20s weighs 161.9 lb, which rises to 169.1 lb throughout her 30s. That’s less than a five percent gain spread over a decade or more — far less abrupt and concerning than some people imply. In addition, experts think that much of the weight people gain in their 30s has less to do with their bodies and more to do with their lifestyles. If you’re busy boosting your career, running around after kids, or traveling the world (or all three!), the fitness regime you were able to keep up in your 20s is going to take a back seat. Instead of worrying, embrace the change — and know you can prioritize fitness later if you want to.

4. Hangovers get worse. No, you’re not imagining it: Hangovers really do get worse as you get older, although it’s unclear exactly why. One of the reasons may be that changing body composition we just mentioned. The more of your body is composed of fat versus muscle, the less easily it’s able to absorb alcohol, meaning it stays in your system for longer. Also, going back to those lifestyle changes, in your 30s and 40s, you likely have responsibilities you didn’t in your 20s, like early morning meetings or young children, which means you have fewer opportunities to do the drinking to get the hangovers, so they hit you harder when they do happen. And then there’s the fact that your liver gets less effective at processing alcohol the older you get. By all means, have that extra cocktail when you get the chance, but don’t be surprised when you wake up the next morning feeling closer to an octogenarian than a 30-something.

5. Your fertility is not a ticking clock. As much as certain family and friends may want to rush us into making babies “before it’s too late,” cis women’s fertility does not fall off a cliff the moment they hit 30, and for trans women who are still fertile or have preserved genetic material, the timeline is extended even more indefinitely. Dr. Adeeti Gupta, MD — founder of New York City’s Walk In GYN Care, the first walk-in center dedicated solely to women’s health — reassures cis women, “30 is not the magic number: There is no magic number! At birth, a [designated female] baby has approximately 600,000 eggs. The number of eggs declines from the day we are born, so the question of ‘peak fertility’ is very tricky. That being said, once we pass 40, the quality and number of eggs deteriorate, and risk of genetic accidents increases.”

Does this mean cis women should advance the ticking clock reminders to age 40? “Again, this doesn’t mean that 40 is ‘the bad number,’” Dr. Gupta advises. “We still have plenty of healthy eggs left in our forties. It just means that, with age, the quality and number of eggs undergo a slow decline and the statistical chance of a genetic abnormality slowly starts creeping up. With a healthy lifestyle, you have a good chance of giving conception a go until your mid to late 30s.”

Celebrate your favorite thing about being 30 with us @BritandCo.

Natasha Lavender
Natasha Lavender is a Londoner living in Chicago, and is fluent in British and American. She writes about pop culture, health, lifestyle, feminism, fashion, and interviews with interesting people, and has previously worked for Good Housekeeping magazine, Buzzfeed, and Hello Giggles. She loves podcasts, running, reading, dogs and cats equally, and peanut butter anything.
Adulting
Health
Adulting Self Womens Health
More From Health