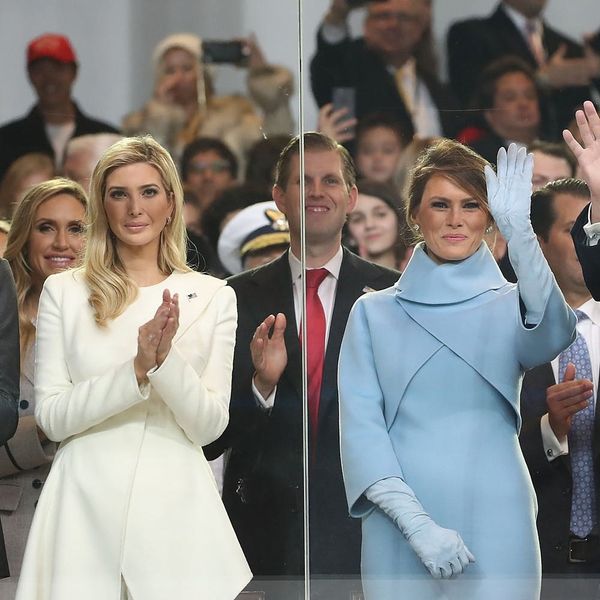 Ever since Donald Trump was elected as the 45th president, many designers have come forward expressing their opinions about dressing the first family. While some, including Carolina Herrera and Marcus Wainwright of Rag & Bone, say they’ll gladly outfit the Trumps, others, including Tom Ford and Marc Jacobs, have no desire. Recently, designer and Project Runway judge Zac Posen revealed that he falls into the latter camp, stating that he has no intentions to dress Melania or Ivanka Trump.

In an interview with The Daily Beast, Posen, who has dressed and even custom designed looks for former first lady Michelle Obama, said, “I think everybody has a political responsibility. Everybody has a voice, whether in fashion or any field.” While the New York-based designer has dressed Melania and Ivanka in the past, he says he no longer wants to do so.

“Right now, I’m staying away from bringing my brand into politics. There are issues that are being questioned that are fundamentally upsetting to me — deeply: LGBT rights, immigration, funding for the arts, Planned Parenthood, and women’s rights,” he said. Posen is heavily involved in multiple charities and organizations including DonorsChoose.org to help local classrooms stay in stock with much-needed art supplies. The administration is expected to release their proposed budget plan later this month, and according to The Nation, “Among the agencies that could potentially be wiped out are the National Endowment for the Arts (NEA) and the National Endowment for the Humanities (NEH).”

“These are just issues that are very close to my heart, and I use my own private voice and funds to fight for them and in support of them,” Posen said. “I think it’s important to use your voice. I think that every brand and person has a right to be vocal.”

What do you think of designers’ refusals to dress Melania and Ivanka? Powerful statement or serious faux pas? Tell us @BritandCo!

Shea Lignitz
Shea can be found in the nearest bookstore or brewery, exploring the great outdoors, or blasting Led Zeppelin. She grew up in the cold and rain of Northern California's redwoods but is currently wandering around Texas.
Controversy
Style News
Controversy Politics
More From Style News