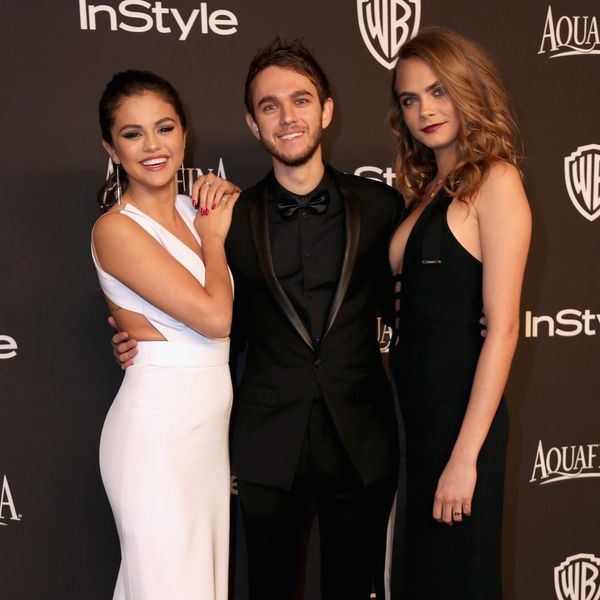 Selena Gomez is one of the most famous women in the world, and people will talk about any and every aspect of her life, whether it’s reacting to the star opening up about her 90 days in treatment or the controversy around her choice to appear in a Woody Allen movie. And fans *really* love it when there’s a tidbit or two about the 25-year-old’s romantic status. Just ask Justin Bieber, The Weeknd, or super producer Zedd, who just revealed how dating the “Fetish” singer changed his life (and NOT in a good way).

The two first sparked relationship rumors when they collaborated on Gomez’s “I Want You to Know” single back in 2015 (which reached number 17 on the “Hot 100” in March of that year). Now, in a new interview with Billboard, the 27-year-old producer — who has also worked with Kesha and Liam Payne (among many other top stars) — is opening up about why the brief romance wasn’t all sunshine, roses, and heart-eye emojis.

Zedd told Billboard that interest in their relationship, and in him, specifically, became very invasive, very quickly. “Reporters were calling my parents,” he revealed. “People were hacking my friends’ phones. I was pissed.”

Though he says he “kind of knew” what he was getting himself into, he didn’t realize the magnitude of it. “She is one of the most talked-about people in the world, but I had no idea how much that would change my life.”

These days, he prefers to keep his life relatively private. And after an experience like the one he went through with Gomez, we can’t say we blame him.

Would you ever date someone super-famous? Let us know @BritandCo!