10 December Baby Names to Put You in the Holiday Spirit 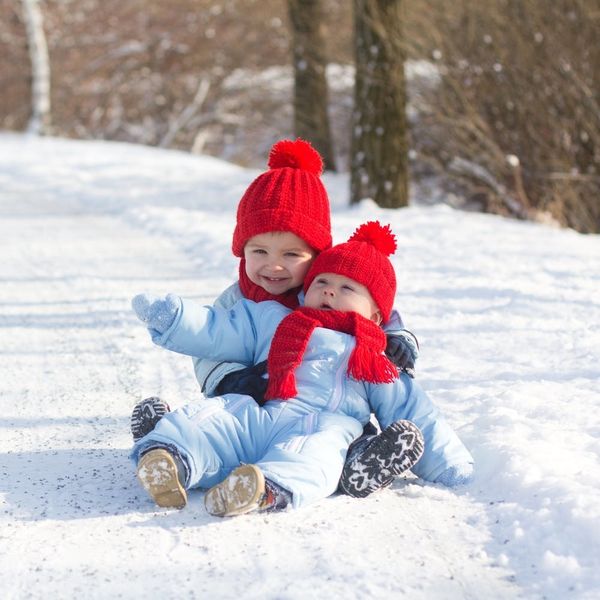 The last month of the year, December is a time filled with holiday festivities and family gatherings — and lots of inspired baby names.

1. Rosa: On December 1, 1955, Rosa Parks was arrested in Montgomery, Alabama for refusing to give up her seat to a white person on the bus. One of the pivotal acts in the Civil Rights Movement, Parks’ arrest ignited a boycott of city buses and eventually resulted in their desegregation. Rosa is a Latinate form of the flower name Rose and also means “pink” in several languages. Rose is steadily rising in popularity, making Rosa, currently ranked at Number 631 among girls’ names, a lovely alternative. Other notable Rosas include painter Rosa Bonheur and philosopher and activist Rosa Luxemburg.

2. Quentin: Quentin Blake, one of the most acclaimed children’s book illustrators, was born on December 16, 1932. A writer, illustrator and cartoonist, Blake is best recognized for his delightful drawings for Roald Dahl’s novels, including Matilda. Quentin is a Latin name meaning “fifth” that was traditionally given to the fifth born child or a child born in the fifth month of the year. There have been several literary Quentins, including Quentin Compson in William Faulkner’s The Sound and the Fury and Quentin “Q” Jacobsen in John Green’s Paper Towns.

3. Marguerite: On December 9, 1897, activist and suffragette Marguerite Durand founded La Fronde, a feminist daily newspaper. La Fronde was run exclusively by women and advocated for women’s rights and equality. Also, author and activist Maya Angelou was born Marguerite Annie Johnson. Marguerite is the French form of the name Margaret, meaning “pearl.” In French, Marguerite is also the word for the daisy flower. Marguerite was a Top 100 name in the early 20th Century, but last year only 79 little girls were named Marguerite in the US.

4. Emmett: Famed circus performer Emmett Leo Kelly was born on December 9, 1898. Kelly created the iconic sad clown character “Weary Willie” based on hobos of the Depression era. Kelly performed in the films The Greatest Show on Earth and The Clowns. Emmett Leo would make for a great modern boys’ name. An English masculine form of Emma meaning “universal,” Emmett peaked in popularity last year at Number 139. Emmett got a huge boost in popularity in 2009 following the success of the Twilight series.

5. Rumer: Author Rumer Godden was born on December 10, 1907. Born Margaret Rumer Godden, she wrote more than 60 books, nine of which were made into films, including Black Narcissus and The River. Rumer was Godden’s middle name and had been her grandmother’s maiden name. Bruce Willis and Demi Moore named their now grown daughter Rumer after the novelist. Singer Randy Rogers also has a daughter named Rumer. Though the surname Rumer has a bit of a disputed meaning, it’s not related to the word rumor. Only eight little girls were named Rumer last year.

6. Charles: Charles Dickens’ A Christmas Carol was first published on December 19, 1843, and it was an instant success — it has never been out of print. Dickens’ holiday tale of Ebenezer Scrooge has been adapted countless times in film, stage and opera. The timeless French name meaning “free man” has long been widely popular, never dipping below spot number 63; it currently ranks at number 50. Julia Louis-Dreyfus, Russell Crowe, and Hugh Laurie are just a few of the celebrities that have chosen this classic boys’ name for their sons.

7. Helena: Cosmetics entrepreneur Helena Rubinstein was born on December 25, 1872. Rubinstein encouraged women to embrace their own individualism and beauty. Also a philanthropist, she is credited as being one of the first self-made female millionaires. Helena, pronounced HELL-en-a or hell-AYN-a, is a Latinate form of Helen meaning “bright and shining light.” Currently at number 534, Helena is just 115 spots below Helen in popularity. Actress Helena Bonham Carter is currently the most recognizable bearer of this elegant girls’ name.

8. Carter: Historian and author Carter Godwin Woodson was born on December 19, 1875. Woodson is credited with being one of the first scholars of African American history, introducing Black Studies to American colleges and founding the Association for the Study of African American Life and History. Carter is one of the most widely used unisex baby names. Last year, Carter peaked in popularity for both sexes, though it’s much more popular for boys (at number 24) than it is for girls (at 533). An English occupational surname, Carter means “transporter of goods by cart.” Carter is a popular TV character name appearing in a range of shows from The Walking Dead to Gossip Girl.

9. Selma: On December 10, 1909, Selma Lagerlöf became the first female writer to win the Nobel Prize in Literature. Lagerlöf’s work is deeply rooted in folk tales and legends from her home in Sweden, and she is best remembered for her children’s book The Wonderful Adventures of Nils. Selma is a rarely used German name derived from Anselma, meaning “godly helmet.” Actors Selma Blair and Salma Hayek may make this name feel a bit more wearable. Only 88 baby girls were given the name Selma last year.

10. Huckleberry: Mark Twain’s beloved novel Adventures of Huckleberry Finn debuted on December 10, 1884. Widely considered one of the greatest American novels, it uses satire to expose racism. In addition to being a well-recognized literary name, a Huckleberry is a type of edible blue-black berry. Only 25 baby boys were named Huckleberry last year. Singer Brad Paisley and actress Kimberly Williams-Paisley have a son named (William) Huckleberry “Huck,” and Man vs. Wild host Bear Grylls also used the name Huckleberry for his son.

Are you a December baby? Share your name with us @BritandCo!

This post was previously published on Nameberry by Meagan Burke.