10 Hot New Reads to Pick Up in June 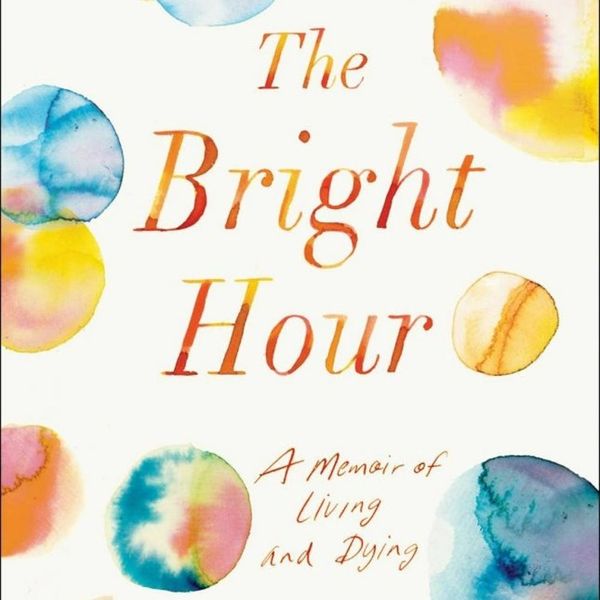 It’s finally summer, bibliophiles! Now that we can *finally* spend an entire afternoon leisurely reading in the sun, it’s time to update our library with a few new binge-worthy reads. Whether you’re looking for a book to take with you on your dreamy vacation (bonus points if you choose your sunny vacay based on a book) or are simply in need of a new read to tackle on the weekend, we’ve hunted down 10 brand new books out this June that you’ll want to put on your summer to-read list RN.

This one’s for you, nasty women. Written by celebrity gossip expert and BuzzFeed culture writer Anne Helen Petersen, this new analytical non-fiction explores the topic of “unruly” women in the limelight — including Lena Dunham, Nicki Minaj, and Kim Kardashian.

After learning that their gorgeous Hollywood starlet mother, Ronni Sunshine, has a serious disease that is threatening to take her life, the three Sunshine sisters embark on a meaningful trip back home. Confronted with old jealousies, time-old feuds, and the pains of being the children of a disinterested mother, these now-grown daughters are forced to embrace the complexities of forgiveness in an epic new read that’ll definitely make you ugly cry.

You probably know Kevin Hart from his hilarious movies and binge-worthy comedy specials, but it turns out this superstar actually has a few things up his sleeve in the literary world too. In his newest memoir, Hart dives into his rough childhood and family life (his father was a drug addict and his brother was a crack dealer) and how his choices and attitude growing up has ultimately led to his success.

It all started when military intelligence operator Tristan Lyons hired young linguistics expert Melisande Strokes for a secret project with an iron-clad NDA — a project that now has Melisande trying to translate some very old documents to prove that magic has actually existed for centuries. Once the documents are translated, the new ragtag team must get to work developing a device to bring magic back so that D.O.D.O. can send their operatives back in time to keep magic alive… and to meddle with history a little too.

Mega YouTuber Louise Pentland is pretty much #momgoals summed up. Seriously. So when we heard that this chic lady was writing her own novel about single motherhood, we were instantly sold. Robin Wilde is trying to raise her six-year-old daughter with self-confidence and courage, but life as a single makeup artist’s assistant can sometimes feel a bit gray. Luckily, with a little push, Robin is presented with exciting new opportunities that just might change her entire life, in this new women’s fiction read that we almost guarantee will be absolutely everywhere this summer.

Award-winning British comedian and actor Eddie Izzard’s 30-year career has been nothing if not eventful. After losing his mother at the age of six, dropping out of university, and joining a comedy double act in his young life, Izzard broke the mold by performing in makeup and heels as a self-proclaimed “action transvestite.” From his early beginnings to musings about his high-profile sexuality, Eddie Izzard answers all the questions we’ve ever wanted to ask — plus, a few we never even thought to.

<em>The People We Hate at the Wedding</em>

In the same vein as The Nest and Crazy Rich Asians, this hilarious tale by rockstar author Grant Ginder tells the story of the complicated ways in which we hate the people we love most. As Eloise is getting ready to walk down the aisle, half-siblings Paul and Alice are whipped into a crazy world of fancy hotels, dinners at chic restaurants, and a country estate wedding reception that’s almost otherworldly.

After shocking the world (pun intended) with her bestselling exposés The Shock Doctrine and This Changes Everything, Naomi Klein is using all of the analysis and research she’s done over her successful career to contextualize the current political climate in her latest non-fiction. Klein argues that the current political administration is a by-product and logical extension of the most dangerous trends in the past half-century.

In less than a year, poet Nina Riggs went from being diagnosed with one small spot of breast cancer to receiving the devastating news that it was terminal. Just 37 years old with two young boys, the direct descendant of Ralph Waldo Emerson takes us through her journey of learning to live each day, “unattached to outcome.”

If you’re looking for a psychological suspense novel that’ll make you stay up until the wee hours of the morning, look no further. After a workman discovers a tiny skeleton in a newly demolished house, journalist Kate Waters demands that the story deserves attention. Once she discovers a mysterious connection to an earlier high-profile crime in which a newborn baby was stolen from the maternity ward, she begins to question everyone close to the story. Get ready for an all-nighter of binge-reading, folks!
Ashley Macey
Ashley Macey is a lifestyle freelance writer who loves all things fitness, wellness, and creativity. When she's not exploring her home in the Pacific Northwest with her dog Max, you'll probably find her curled up with a good book and some hot tea. Follow her daily jaunts on Twitter.
Books
Creativity
Books
More From Creativity