10 Instagram-Worthy Boutique US Hotels Under $200 a Night 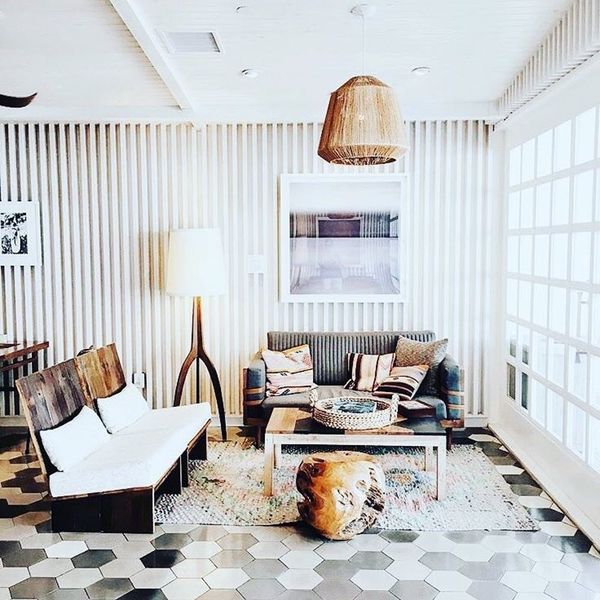 You know that Americans don’t take enough vacation days and that travel can often be hard to plan if you don’t have a place to crash in your chosen cities. But with a little searching, you can find hotels that are totally perfect for your next getaway and Insta shoot and come in at budget-friendly prices. Here are 10 favorites that, starting at under $200 a night, won’t break the bank.

1. Duane Street Hotel, New York, NY: Hotel rooms that start at under $200 a night in Manhattan? You must think us crazy. But they really do exist, thanks to the Duane Street Hotel. Located in Tribeca, it’s the perfect respite from the city. You’ve been warned: You might want to spend all your time inside these gorgeous, modern rooms.

2. Henry Howard Hotel, New Orleans, LA: Visiting New Orleans doesn’t always have to mean staying in the French Quarter — you can head uptown to the Garden District to the new Henry Howard Hotel, an 18-room boutique hotel in an old, restored mansion. It’s only a quick streetcar ride down into the Quarter, perfect for anyone who likes to sleep as hard as they party.

It may be a gloomy week, but we still have plenty of reasons to get out. In the restaurant: Tues. 6-9pm, Jazz Night with @theaocproject presents Lance Scott. Thurs. 6:30-8:30, we partner with @steelstringbrewery for an evening of food and drink starting with cocktails and hors d'oeuvres followed by 3 courses of prime late-summer produce, schnitzel, pretzels made with spent grain from the brewing process and more. Sunday on the roof 5:30-8, @thebeastmusic provides their monthly soundtrack to the sunset.

3. Durham Hotel, Durham, NC: This chic new spot has helped put Durham (home to Duke University) on the boutique hotel map. Its mid-century design makes the lobby an ideal meeting place, while the rooftop terrace is great for both sunset cocktails and rooftop yoga, which is offered four days a week.

.@thebridescafe worked with our friends @visitvirginia on a guest blog post about the hotel for @southernlivingmag. Check out the link in our profile to read it! 💕💕💕 📷@alisandrophoto #quirkhotel

4. Quirk Hotel, Richmond, VA: Downtown Richmond’s newest hotel looks like someone ripped it from your girliest dreams. The lobby is where you’ll want to hang out, with its curved banquettes, high-arched ceilings and coffee from Richmond roasters Blanchard’s.

5. El Cosmico, Marfa, TX: If you’ve made it to Marfa in West Texas, that means you’ve probably driven quite a long way. Kick up your boots at the El Cosmico, Marfa’s little hipster haven. It calls itself a “nomadic hotel and campground.” Rooms are teepees, yurts and airstreams. Your friends might unfollow you due to all the crazy ‘grams you’ll be throwing up, including the star-studded, clear night sky.

When evening settles over the Phoenix. Photo: @nathanhazard

6. Phoenix Hotel, San Francisco, CA: San Francisco is known for being one of the most expensive cities on the planet, and that’s no exception when it comes to their hotel prices. But if you time it right, you can get the Phoenix Hotel, centrally located in SF’s Tenderloin, for a steal. If you’re into the retro details, this is the place for you: There’s even a tropical courtyard for an urban escape.

7. Coachman Hotel, South Lake Tahoe, CA: South Lake Tahoe can be one of the most fun places to stay in both winter and summer, but there hasn’t been many boutique hotel options. The Coachman changes it all. The bar serves as the reception desk, there are outdoor firepits and the rooms are spacious — not that you’ll spend that much time in them anyway. Also #FreeWiFi.

8. The Goodland, Santa Barbara, CA: The coastal enclave of Santa Barbara is one of the priciest spots in Southern California (Oprah’s compound is nearby). The Goodland, with its reasonably priced rooms, is helping to change that. One part surfer, one part chic Californian, the Goodland is a great way to ease yourself into a weekend of Cali living.

Whether you're a night owl or an early bird, 21c Museum is open 24 hours a day, 365 days a year. And we have our own flock to keep you company. #SleepWithArt #OrStayAwake

9. 21C Cincinnati, Cincinnati, OH: The 21C hotel chain (there are several, including one opening in Nashville soon) is a unique hybrid of a chic boutique hotel and an art museum. In fact, the hotels are open to the public as an art museum 365 days a year — for free. Look for their signature penguin sculptures throughout all their properties; they’re yellow at this particular location.

10. The Freehand, Miami, FL: This might have been the first poshtel (posh hostel) in the US — if not, it’s certainly one of the most photographed. Centrally situated in pricey Miami, the Freehand has both single rooms and dorm-style accommodations. Check out the Broken Shaker, one of Miami’s hottest bars, which is located in the hotel.

(Featured photo via the Goodland)