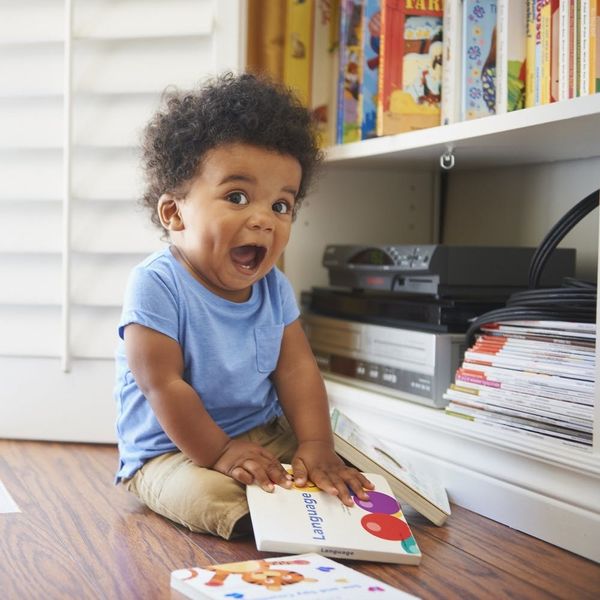 A look at the year’s craziest baby names has become a Nameberry tradition. Every year, after we’ve parsed the most popular names, we dive deep into the extended popularity list to names given to only five or six babies in the past year to find the names that have moved from creative to crazy.

The 12 names below, all of them — believe it or not — given to at least five American babies in 2016, win the dubious honor of being our picks for the craziest of the crazy new names.

1. Adorable (girl): There was an old song that started “A, you’re adorable,” but we just have to wonder how well this would suit its bearer beyond her adorable childhood years. In the same category we find 13 little girls named Beauty, seven Prettys, and 13 IDed as Gorgeous.

2. Aviary (girl): Bird names are flying high these days — Birdie, Wren, Dove, and Lark for girls; Hawk, Finch, and Falcon for boys. So why not embrace the whole darn Aviary?

3. Coven (boy): The word coven usually refers to a gathering of witches (as well as the third season of American Horror Story), but several boys were lucky enough to enter this previously female territory.

4. Emperor (boy): Royal and other aspirational names continue to proliferate, and this year five Emperors joined the Kings and Queens, Princes and Princesses, Dukes and Duchesses, Counts and Countesses, Kaisers, Czars, and Czarinas already enthroned.

5. Galaxy (boy): With Star Wars names from Luke and Leia to Anakin and Kylo dominating the charts, this should be no surprise. Some other word names include Carbon, Brace, Ledge, Paradise, Tin, Trance, Excel, Million, Ski, Tomorrow, and Whisper.

6. Reality (girl): We have to wonder about the inspiration behind this choice. Could it be the TV genre? Or what the parents are facing up to?

7. Luv (boy): Luv is a sweet nickname, if it’s the 1960s and you’re in London, and you’re the Beatles talking to Twiggy. But it’s not nearly enough for a name, even if you “formalize” the spelling to Love. The girls do not totally escape here, with five girls each named Luvia and Luvina.

10. Savant (boy): Glad this is not in the middle, preceded by Idiot; on its own, it has the positive French meaning of “a learned man.”

11. Warden (boy): No one loves a good occupational surname more than we do — thinking Mason, Cooper, Sawyer, Tucker, and Thatcher. But sometimes they wander over the line into not such aspirational (there’s that word again) territory. Warden is one, Jester is another. There is a video game character named Warden, more likely the inspiration here than your friendly local prison guard.

12. Zoeigh (girl): The boys have nothing on their sisters when it comes to goofy spellings. I suppose Zoeigh is just one more extension of Zoe/Zoey/Zoie/Zhoe. A few other girls’ names that venture into that mercifully sparsely populated terrain: Symphanie, Dayzi, Moxxi, Promyce, Myami, Dzire, Pipper (a personal fave), and Cerinity.

What’s the craziest baby name you’ve heard? Share it with us @BritandCo!