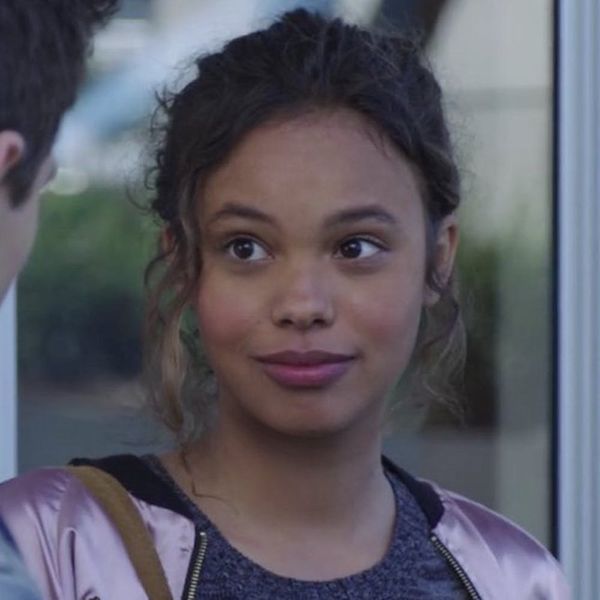 The trailer for the second season of 13 Reasons Why hasn’t even dropped, and already, it’s well on its way to being just as controversial as season one. The provocative show, which drew ire from viewers and medical professional experts alike for its uber-realistic portrayal of teenage suicide, remains one of Netflix’s biggest hits to date (at least if social media is any indicator — Netflix doesn’t release actual ratings for its original programming), and with season two on the way, its official Twitter account has been busy keeping fans engaged with a flurry of promotional tweets. One post in particular has struck a rather raw chord with fans, however, who are taking the show to task for what they’re calling a major misstep.

The tweet in question featured a photo of main characters Jessica and Justin, who were involved in a rather questionable relationship for much of the duration of season one. Not only did Justin frequently ignore Jessica’s emotional needs, often calling her “crazy” and “dramatic” and blowing her off to be with his friends, but their story line ultimately reveals that he knowingly allowed his former friend Bryce to sexually assault her at a time when she was too intoxicated to object. What’s worse, he kept his secret from her for months, lying to her about the night in question in a move he claimed was “protective.”

The posted snap not only shows Justin kissing the cheek of what appears to be an overjoyed Jess along with the words, “I’m enough,” but it’s captioned with the phrase, “Always.”

Backlash was immediate, with fans expressing their belief that the tweet glorified the problematic relationship.

I can't believe you're promoting this "couple", he let his friend to rape her while being unconscious and then lied about it. This is toxic pic.twitter.com/dfvWMMrQri

to whoever tweeted "always" and a photo of this troublesome (understatement) fictional relationship: NO. that's not okay. pic.twitter.com/IiOveT1XOt

This is disgusting. Their relationship was extremely unhealthy and shouldn't be romanticized like this.

it was a toxic relationship wyd 👀

13 Reasons Why’s account has since deleted the tweet, though no further statement has been issued. Here’s to hoping this isn’t a preview of the story line to come when season two debuts next year!

Do you think the show messed up big time with this one? Tell us over @BritandCo.

Nicole Briese
Nicole is the weekend editor for Brit + Co who loves bringing you all the latest buzz. When she's not busy typing away into the wee hours, you can usually find her canoodling with her fur babies, rooting around in a bookstore, or rocking out at a concert of some sort (Guns N' Roses forever!). Check out all her latest musings and past work at nicolebjean.com.
Controversy
TV
Controversy twitter