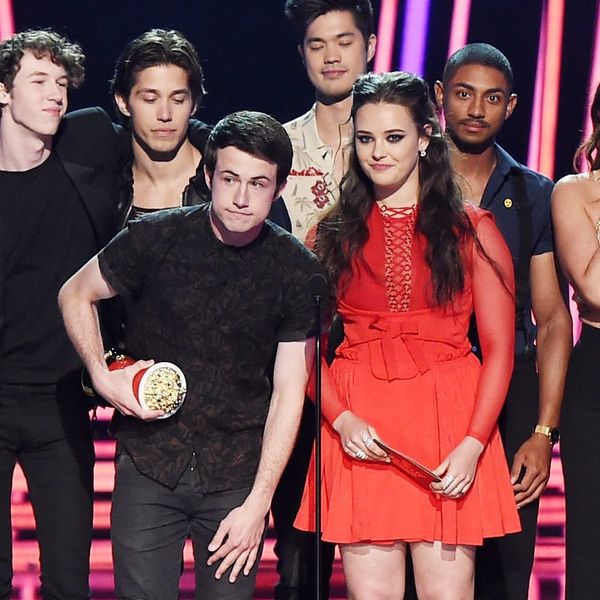 We were totally floored when we found out that Hannah Baker would be appearing in the second season of 13 Reasons Why. The series — which has sparked plenty of controversy — will continue the tragic story in the aftermath of the teen’s suicide, but other than that, not much else was known. Until now.

It seems like the folks over at Netflix are just as eager as viewers for this story to continue, which is why they revealed what *they* know about season two.

What we know about @13ReasonsWhy season 2 — so far pic.twitter.com/PMUaIe6Zy8

1. We’ll see others’ perspectives on Hannah’s story. It will certainly be interesting to see how others viewed Hannah’s experiences and the tragic outcome. This sets up plenty of potential to explore motivations, interpretations, and further deep-felt effects.

2. Jessica’s story will continue as she tries to recover and return to normal life. No doubt a difficult and heartbreaking journey… we can only hope that Jessica can hold on and stay strong.

3. There will be a narrator, but it won’t be Hannah — No more tapes. The choice of this season’s narrator could wildly change how the story is portrayed, so it will be interesting to see who they choose to continue to tell this triggering tale.

4. The season will explore “the way we raise boys up into men and the way we treat girls and women in our culture — and what we could do better in both cases.” Yes. Thank you! *applause*

5. Bryce will hopefully get what’s coming to him. This isn’t so much a fact as opposed to a desire for justice, but still, we can only hope and wait to see.

It sounds like season two will be just as intense as the first season, so we’ll definitely have to prepare ourselves when we queue up Netflix next time.

What do you think should happen in 13 Reasons Why season two? Let us know @BritandCo!

Desiree O
Desirée O is a ‘Professional Bohemian’ who loves anything and everything related to the arts, entertainment, and pop culture. She ADORES being a ‘Newsy’ for Brit + Co, covering all of the latest tidbits of awesomeness that you want to read about. When she’s not writing, she’s either making messy art, going on long adventurous walks with her camera, or poking around over at bohemianizm (http://www.bohemianizm.com/). You can find out about Desirée O and her work at http://DesireeO.com/ or follow her on Twitter @DesireeO.
Netflix
TV
Netflix Streaming