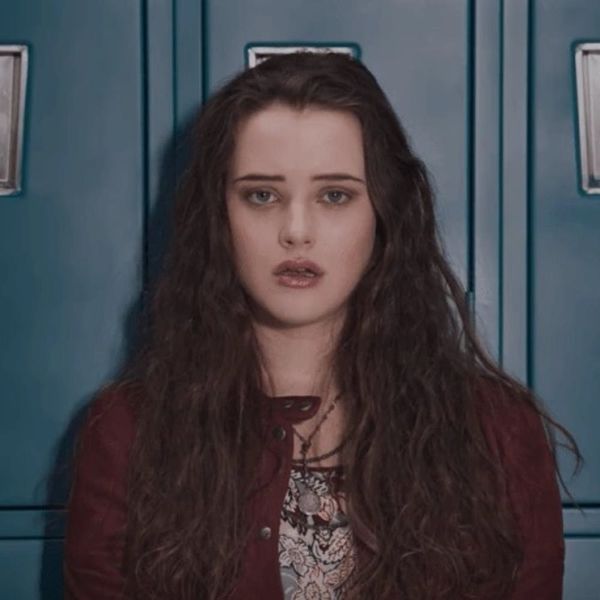 There are plenty of reasons why fans are freaking out over Netflix’s 13 Reasons Why, and despite one detail that may totally change how you see the story, there’s no doubt that it isn’t the easiest series to watch. Tackling issues like assault, bullying, and suicide, it included plenty of triggers for anyone who’s suffered in ways that were heartbreakingly portrayed onscreen. And though it was hard to watch, it also wasn’t easy for the actors or the folks behind the scenes. In fact, filming was so emotionally draining, it turns out that the cast needed therapy dogs on set to cope.

While the series star 21-year-old Katherine Langford told E! she played piano on set to cope with the traumatic scenes she was taking on, 20-year-old Dylan Minnette admitted that he’d head home to LA whenever possible. But when those options weren’t available, the crew brought in therapy dogs.

“I know there was one scene, I wasn’t around, but they had therapy dogs on set,” Minnette told Pop Sugar. “There was a puppy per hour. They really tried to help out. The puppies helped.” We have no doubt.

While therapy dogs are often used in hospitals, nursing homes, and disaster areas, perhaps they should also regularly visit any workplace that gets somewhat stressful or terribly traumatic.

Are you surprised to find out they used therapy dogs on the set of 13 Reasons Why? Let us know @BritandCo!

Desiree O
Desirée O is a ‘Professional Bohemian’ who loves anything and everything related to the arts, entertainment, and pop culture. She ADORES being a ‘Newsy’ for Brit + Co, covering all of the latest tidbits of awesomeness that you want to read about. When she’s not writing, she’s either making messy art, going on long adventurous walks with her camera, or poking around over at bohemianizm (http://www.bohemianizm.com/). You can find out about Desirée O and her work at http://DesireeO.com/ or follow her on Twitter @DesireeO.
Dogs
TV
Dogs Netflix