13 Women Candidates Who Are Running for the First Time 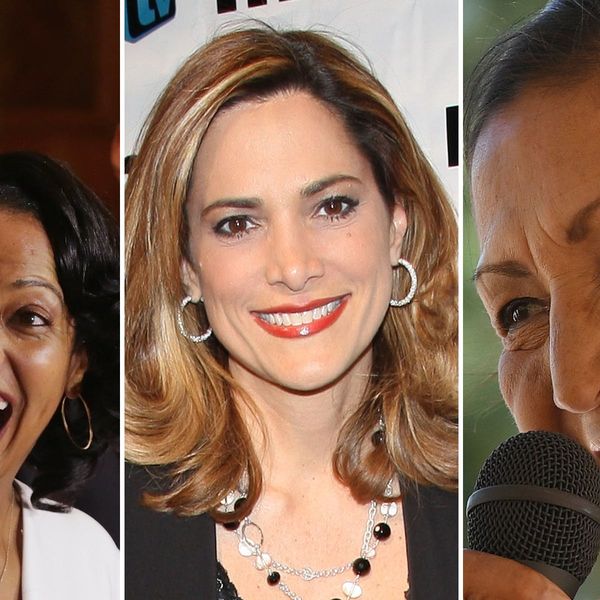 Many people have dubbed 2018 "the year of the woman candidate" in the lead-up to November’s midterm elections. Of the 589 women who announced their intention to run this year, 273 advanced in their respective primaries. Just over 100 of those women are first-time politicians hoping to see change in their chosen parties and in their districts and states. Here are 13 women candidates who are running for their first time ever.

Maria Elvira Salazar (R): Maria Elvira Salazar may not be well known to politicos, but she’s an established broadcast journalist. She is currently running in the Republican-held 27th Congressional District after the retirement of Rep. Ileana Ros-Lehtinen this year. Salazar is running on a platform that involves focusing on job growth, public safety, and, unlike other Republicans, fixing immigration to include the end of family separations, a permanent solution to DACA, and identifying solutions that can help Central American nations in order to end mass exodus by fearful citizens. (Photo by Jason Kempin/Getty)

Jahana Hayes (D): Running in Connecticut’s 5th Congressional District, Jahana Hayes may be better known nationally as the 2016 Teacher of the Year. Though she never thought she’d run for office, Hayes says she’s been spurred by her community to make change in Washington. “My decision to run for Congress is inspired by the people in my community who have become disengaged because they struggle to find themselves reflected in the narrative,” she writes on her campaign website. “People with real stories, challenges and successes that never make it into the discussion. I am running because I see myself in every student, teacher, mom, sister, daughter, friend, neighbor, and stranger I meet, and their story is my story.” (Photo by Chip Somodevila/Getty)

Katie Hill (D): Katie Hill’s campaign has been called “the most millennial campaign ever.” The 31-year-old announced her decision to run on International Women’s Day earlier this year, and has since been going strong after the Republican incumbent Steve Knight — even hosting "retirement parties" for the congressman. Her goals for California’s 25th Congressional District include stabilizing families, addressing poverty at its roots, and bringing tangible and real change to her own community. (Photo by Presley Ann/Getty)

Lucy McBath (D): McBath’s son was killed in 2012. Since then, she’s been an advocate for social justice and gun reform, now running in Georgia’s 6th Congressional District.

“After the shooting in Parkland, Florida, I knew that I could no longer sit on the sidelines while the politicians in the pocket of the gun manufacturing lobby decide the future of our gun laws,” she writes on her website. “While I support the 2nd Amendment rights of Georgians, we can still advocate for common sense gun violence prevention to make our communities safer.” (Photo by Noam Galai/Getty)

Deb Haaland (D): After her landslide primary win in New Mexico’s 1st back in June, Deb Haaland told us that she was inspired to run by the people across her state that she met during her failed run at Lt. Governor in 2014. The single mother is poised to become the first Indigenous American elected to Congress in the country’s history — but that isn’t what she wants to be defined as. “I feel like, equally important as my ethnic background is understanding how New Mexicans struggle,” she told us. “And maybe my experiences from sharing those struggles, and my perspective, can help more families to succeed.” (Photo by Mark Ralston/AFP/Getty Images)

Lena Epstein (R): Candidate Lena Epstein considers herself a political outlier. The Republican nominee for Michigan’s 11th, Epstein was the chair of her state’s Trump campaign. She’s a self-described Millennial businesswoman, and hopes to work across party lines if she wins, saying on her campaign website, “We can work together for lower taxes, good quality health care, and safer neighborhoods for our children and grandchildren. I am running for Congress to work in a bipartisan manner for better paying jobs, safer immigration, and security here at home.” (Photo by Rachel Woolf for The Washington Post via Getty Images)

Leslie Cockburn (D): Former 60 Minutes journalist Leslie Cockburn believes that her experience as an investigative journalist will help her sniff out the problems that face Virginia’s 5th Congressional District. She’s running to help protect the environment, the Affordable Care Act, and Social Security.

"I had no ambitions to be in politics, ever,” she said at a rally earlier this year. But she ended up joining in the primaries because of President Trump and her desire to see change, including in her district — which she hopes to flip to blue in November. (Photo by Dia Dipasupil/Getty Images for Vanity Fair)