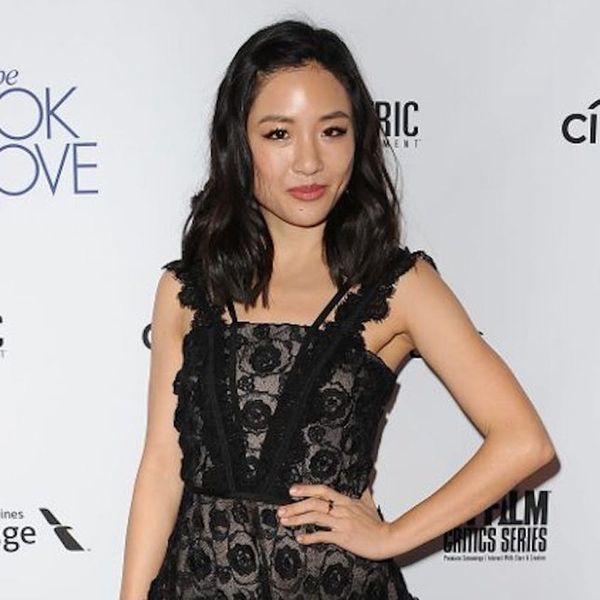 The sexual harassment allegations against Casey Affleck are both shocking and serious, which is why it was so difficult to watch sexual assault activist Brie Larson have to present him with a Golden Globes award. It’s also why Constance Wu is speaking out and openly criticizing the Oscars for nominating the actor.

The Fresh Off the Boat star took to Twitter to share her thoughts with her 80K+ followers and express her disappointment that the Academy has chosen to honor Affleck with a Best Actor nomination for his role in Manchester by the Sea.

She directly called out the fact that Hollywood values “good acting” over “humanity.”

Boys! BUY ur way out of trouble by settling out of court!Just do a good acting job,thats all that matters!bc Art isn't about humanity,right?

Here's a thing I wrote during an convo w/ @PeterShinkoda about how Casey Affleck's win will be a nod to Trump's. pic.twitter.com/FjrRsniS9d

She even admitted that she was told to be quiet about the sitch for biz reasons, but she refuses to be silent when it comes to standing up for what she believes is justice.

I've been counseled not to talk about this for career's sake. F my career then, I'm a woman & human first. That's what my craft is built on.

And by the looks of it, folks are definitely behind her…

@ConstanceWu you're my hero. Hollywood needs more like you. I stand with you.

@ConstanceWu The fact speaking up may ruin your career further proves your point. ✊#OscarNoms #OSCARS2017

As you may or may not recall, Constance was every bit as vocal last year during the #OscarsSoWhite controversy. She was one of the first to offer her criticism then, too, calling the Academy out for neglecting to include Asian actors in their nominations.

In talking about #OscarsSoWhite why are Asians often left out? Let's stop that. How many Asians have received Oscars or even nominations?!

While the problem of diversity has yet to be “fixed” and the Oscars didn’t respond to her directly, the Academy did nominate many more actors of color this year than last (which wasn’t hard, considering the number was previously zero), suggesting that they’re at the very least aware of the problem. Hopefully, they’ll be just as receptive with regard to women’s rights and this new controversy.

Good for you for speaking your truth, Constance!

What do you think about Constance Wu’s tweets about Casey Affleck? Tweet us @BritandCo!

Desiree O
Desirée O is a ‘Professional Bohemian’ who loves anything and everything related to the arts, entertainment, and pop culture. She ADORES being a ‘Newsy’ for Brit + Co, covering all of the latest tidbits of awesomeness that you want to read about. When she’s not writing, she’s either making messy art, going on long adventurous walks with her camera, or poking around over at bohemianizm (http://www.bohemianizm.com/). You can find out about Desirée O and her work at http://DesireeO.com/ or follow her on Twitter @DesireeO.
Oscars
Celebrity News
Oscars