The 14 Cutest Couples to EVER Grace the Oscars Red Carpet 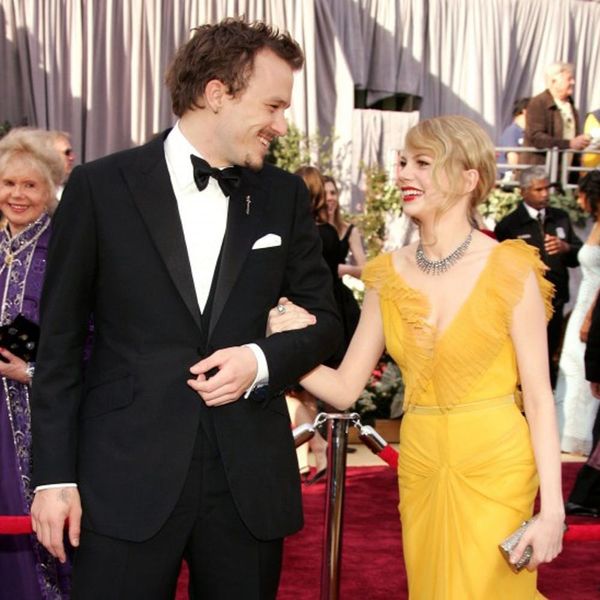 The 2016 Oscars are nearly upon us, which means we’ll soon be knee deep in all the red carpet fever we can handle. We’re chomping at the bit to see who will wear what and who will bring whom. Can’t wait that long to find out? Us either. Which is exactly why we’re taking you on a trip down memory lane and reliving red carpets past. You’ve already seen the most surprising red carpet duos of all time — now, here are the ones that were so tops, they’ll live in our memories forever as the cutest couples in carpet history. Swoooooon.

1. Uma Thurman and Ethan Hawke: In 2002, Uma and Ethan were married and so madly in love they couldn’t take their eyes off of one another — not even at the Oscars. Though long since divorced (the couple split in 2005), we’ll always fondly remember their red carpet passion. (Photo via Sebastian Artz/Getty)

2. Reese Witherspoon and Ryan Phillippe: Reese and Ryan made their adorable Oscars carpet debut in 2001, two years after the release of the movie that brought them together, Cruel Intentions. Though Reese is now happily remarried to Jim Toth and Ryan is engaged to Paulina Slagter, we can’t help but wonder: is a TV spin-off reunion in store for these two former lovebirds? (Photo via Vince Bucci/Getty)

3. Jada Pinkett-Smith and Will Smith: Though we likely won’t be seeing this still-married pair walk the red carpet this year, we can fondly look back to times they did, like here, in 2002, when they absolutely lit up the red carpet with those matching megawatt grins. (Photo via Vince Bucci/Getty)

4. Jude Law and Sienna Miller: Though their union ultimately ended in heartbreak, both Jude and Sienna looked blissfully happy in one another’s arms as they walked the red carpet at the 2004 Academy Awards. (Photo via Vince Bucci/Getty)

5. Melanie Griffith and Antonio Banderas: Long before 50 Shades of Grey star Dakota Johnson was heating up the red carpet on her own, mom Melanie was steaming up the red carpet with former hubby Antonio Banderas. Her tattoo (and their love) has since faded, but in 2005, at least, they were a pretty endearing pair. (Photo via Frank Micelotta/Getty)

6. Nicole Kidman and Tom Cruise: A pre couch-jumping, pre-Katie Holmes and Suri and pre-super-scientology Tom Cruise was all smiles with then-wife Nicole Kidman at the 2000 Oscars. (Photo via Dan Callister/Getty)

7. Michelle Williams and Heath Ledger: Just two years before his untimely death in 2008, Heath Ledger walked the red carpet at the 2006 Academy Awards with his then-love, Michelle Williams, leaving a cutest couple-sized hole in all of our hearts forever. (Photo via Frazer Harrison/Getty)

8. Isla Fisher and Sacha Baron Cohen: The pint-sized starlet and her super tall mate sweetly held hands on the carpet at the 2007 Oscars, three years before they made it official and tied the knot. Six years later, they’re still going strong. (Photo via Frazer Harrison/Getty)

10. Kristen Bell and Dax Shepard: No surprises here — the couple that brought you this too-cute vacation video defined adorable on the 2014 Oscars red carpet too. (Photo via Michael Buckner/Getty)

11. Calista Flockhart and Harrison Ford: One of the longest standing couples on the list (they’ve been together for 14 years), Calista and Harrison have walked the Oscars carpet together multiple times, but it was this 2008 candid that made us melt. (Photo by Vince Bucci/Getty)

12. Goldie Hawn and Kurt Russell: Together for more than three decades (three decades, people), a cutest couple list just wouldn’t be complete without Hollywood’s golden couple, Goldie and Kurt. Here they are at the 2014 Oscars, giving us all #relationshipgoals to strive for. Sigh. (Photo by Michael Buckner/Getty)

14. Miss Piggy and Kermit: We will pretty much never get over the loss of our beloved Miss Piggy and Kermit, preferring to remember them as they were, together and all dolled up for the 2014 Oscars. To those who share in our nostalgia: You’re very welcome. (Photo by Kevin Winter/Getty)

Which couple do you think is the cutest? Let us know on Twitter at @britandco!

Nicole Briese
Nicole is the weekend editor for Brit + Co who loves bringing you all the latest buzz. When she's not busy typing away into the wee hours, you can usually find her canoodling with her fur babies, rooting around in a bookstore, or rocking out at a concert of some sort (Guns N' Roses forever!). Check out all her latest musings and past work at nicolebjean.com.
Celebrity Couples
Relationships
Celebrity Couples love Red Carpet
More From Relationships