How Helen Mirren Slayed the Red Carpet With One Awesome Accessory 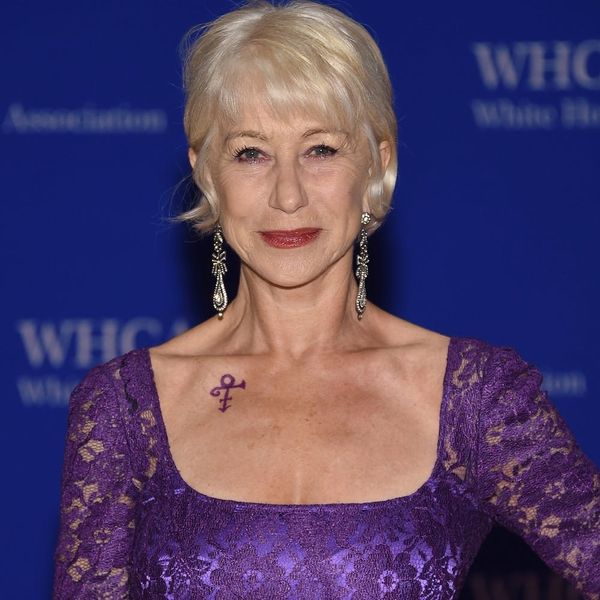 Helen Mirren is 70 years old, but that doesn’t mean she can’t be a trendsetter, and last night, she proved just that by donning one of the most buzzed-about accessories at the White House Correspondents’ Dinner.

Though the ink was only temporary (Helen told the Washington Post she actually drew it herself!), it served to honor a man Helen admired. “I admire great artists and he was a great artist,” she told the outlet.

It’s not the first time she’s gone out on a limb for fashion (anyone else having flashbacks to her darling pink pixie?), and we’re sure it’s far from the last, but in this moment, it was just right.

Heck, even Obama was impressed with the Dame — she was the only one who escaped his speech roasting! “I don’t even have a joke here,” he said while noting her presence. “I just think Helen Mirren is awesome.”

What do you think of Helen’s stylish tribute? We want to hear your opinions over @BritandCo!

Nicole Briese
Nicole is the weekend editor for Brit + Co who loves bringing you all the latest buzz. When she's not busy typing away into the wee hours, you can usually find her canoodling with her fur babies, rooting around in a bookstore, or rocking out at a concert of some sort (Guns N' Roses forever!). Check out all her latest musings and past work at nicolebjean.com.
Tattoos
Style News
Tattoos
More From Style News