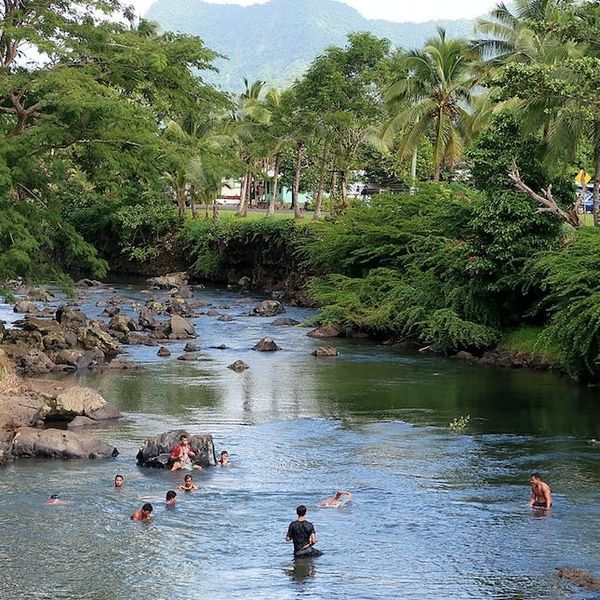 Every year, eight million metric tons of plastic are dumped into waterways and make their way into the ocean. Some of that waste will contribute to the Great Pacific Garbage Patch — a giant floating island made entirely of plastic and already bigger than the entire country of France.

While recycling programs are set up around the world to process discarded plastics, ongoing use of single-use plastic products ensures a constant backlog. What's more, the industrial facilities that repurpose recycled plastics create environmentally-unfriendly air pollution; it's partly due to smog concerns that China (once the world's leading plastics recycler) has banned the import of any new plastics to the country, leaving mounds of single-use plastics never to be repurposed.

Single-use plastics include everyday items like grocery bags, soda bottles, and disposable drinking straws. Because of their environmental impact, governments around the world have begun cracking down on their sale and use. So far, more than 112 countries, regions, and cities across the world have agreed to curb the sale of certain single-use plastic items — and that number is only expected to grow.

Here are 14 countries that have taken the leap to ban single-use plastic items. (They may not be the ones you would expect.)

Antigua and Barbuda: Antigua and Barbuda banned single-use plastic bags in 2016, making it the first country in Latin America and the Caribbean to do so. The island nation soon followed this measure with additional bans on plastic utensils and styrofoam.

Antigua and Barbuda is so serious about its stance on single-use plastics that in 2018, national health authorities mulled over penalties for individuals caught importing, selling, or distributing banned plastics and styrofoam disposables. In 2019, the government of Antigua introduced a bill to the federal legislature that includes steeper fines for residents caught importing the banned items. Antigua has also made a greater push to educate citizens about how to reduce waste.

Since their ban started, many other countries, including Chile and Colombia, have followed. (Photo by Chris Jackson/Getty Images)

China: China's economy has been growing steadily over the last few years, and, as The Verge reports, that means more people have a better quality of life. That better quality of life means people are much more inclined to demand other improvements like cleaner streets and better air quality.

This is just one of the reasons why, in late 2017, the Chinese government moved to ban the import of single-use plastics for recycling in the country's facilities. Since 1988, according to the United Nations Commodity Trade Database, China has taken in more than 45 percent of the world's trash, with seven million tons arriving in 2016 alone.

The recent policy change, although good for China, is not great for everyone else. New research estimates that because of the country's refusal to take in more garbage, some 111 million tons of waste will have nowhere to go by 2030. (Photo by Lyu Wenzheng/VCG via Getty Images)

Colombia: Shortly after Antigua and Barbuda banned plastic bags in 2016, Colombia followed suit with a similar mandate to sharply reduce their use. The South American nation began by banning plastic bags smaller than 12 x 12 inches. Colombia then issued a tax for larger plastic bags, including grocery bags, while mandating that such bags be designed with reusability in mind.

After Colombia's bag policies took effect in 2017, residents quickly got used to bringing reusable bags on their shopping excursions. Before the ban, it was estimated that each individual Colombian used 288 plastic bags a year. Within a year, the nation reported a promising 27 percent decline in the use of plastic bags.

Romania: In February 2018, the Romanian Senate banned thin plastic bags with a handle — otherwise known as plastic shopping bags — to comply with European Union legislation introduced in 2017. The ban was rolled out in two phases between 2018 and 2019 and has prompted stores across the country to adopt biodegradable and reusable alternatives. (Photo by Matt Bardy/Getty Images)

Senegal: According to Environment Minister Abdoulaye Balde, more than five million plastic bags littered Senegal's streets and beaches before the nation's 2015 ban on plastic bags. Senegal's initiative was only one among many plastic bag crackdowns across the continent, dating back to the early 2000s. By 2017, a total of 15 African countries had instituted policies to restrict plastic shopping bags.

"While plastic shopping bags are popular around the world as a cheap and effective means of transporting small items, my findings reveal — quite surprisingly — that Africa is making more progress than others in getting rid of plastic shopping bags, and replacing them with more sustainable and environment-friendly alternatives," journalist John-Paul Iwuoha wrote for HuffPost in 2017. (Photo by Xaume Olleros/Getty Images)

Rwanda: Rwanda became one of the first nations worldwide to ban plastic bags. In 2006, the country passed a law banning the ubiquitous plastic bags; in 2008, that ban came into full effect.

South Korea: South Korean data recently pegged the east Asian nation as a global leader in recycling. Now, the country is upping its environmentally-friendly ante by banning most plastic bags. When the law took effect in January 2019, the country's government warned retailers that they could face steep fines if they failed to comply.

Some plastic bags are exempt from the South Korean ban, however. The law states that plastic bags may still be used for "wet" items such as meats and fish, and in bakeries. (Photo by Chung Sung-Jun/Getty Images)

Zimbabwe: Zimbabwe abruptly banned the use of polystyrene — most often used in the form of styrofoam food containers — in 2017, a legislative shift that caused some controversy among food service retailers. The government also announced that it would issue fines between $30 and $5,000 Zimbabwean dollars to anyone caught breaking the new law.

After banning polystyrene, the Zimbabwean government upped its game in 2018 when it began a phase-out of other single-use plastics, like bags. (Photo by Tafadzwa Ufumeli/Getty Images)

Tunisia: When the nation's ban on non-biodegradable bags in supermarkets went into effect in 2017, many supermarkets began supplying shoppers with reusable bags, while others looked into reintroducing traditional Tunisian baskets, called "koffa," into daily life. Though retailers' workarounds varied, the ban seems to have worked. One report indicates that plastic bag usage is down by 94 percent in markets across the country. Next up, a total ban on plastic bags is set to take effect in 2020. (Photo by Stephanie Keith/Getty Images for Lumix)

Samoa: The South Pacific island nation of Samoa moved to ban most single-use plastics in June 2018. The ban, which took effect in January 2019, initially targeted plastic shopping bags, packaging, and straws, but will eventually widen to include styrofoam products.

The ban seems to have been warmly received. "From our public consultation they [the public] really support it, 100 percent support it, and the reasons why, the impacts of marine pollution from plastics, they are now aware of it," Sepoa Apo, principal waste environment officer for the Samoa Ministry of Natural Resources and the Environment, said in early 2019. (Photo by Phil Walter/Getty Images)

Bangladesh: Bangladesh became the first country in the world to ban thin plastic bags in 2002 after they were found to be clogging drainage systems amid devastating floods in the late 1980s and '90s.

The initiative was also a public health protocol for the South Asian nation. Plastic bags can become breeding grounds for mosquitos, which can carry deadly diseases like dengue fever and malaria, among others.

But enforcement of the ban has been spotty. Since 2006, the country's mobile plastic courts have become less and less likely to follow through with legal proceedings to penalize lawbreakers, and have rarely issued fines. (Photo by Allison Joyce/Getty Images)

Cameroon: In 2014, Cameroon banned the import, production, and sale of non-biodegradable plastics. Although the country has struggled to implement the ban, some Cameroonians are pushing to making inroads on this and other environmental efforts.

"We launched this project to fight pollution and create jobs for unemployed youngsters," Milla said in 2016. (Photo by Brent Stirton/Getty Images)

Albania: In the summer of 2018, to meet European Union recommendations, the Balkan nation moved to ban single-use plastic bags deemed too small to be reused or recycled — one of the ways the small country chose to show its readiness to join the EU.

Albania's plastic bag ban bars the sale, import, and manufacture of the small, thin bags. Failure to comply can incur fines between 700 and 1,100 Euros.

"This is a difficult but necessary decision," Albanian Prime Minister Edi Rama said at the time. (Photo by Gent SHKULLAKU / AFP/Getty Images)

Georgia: When the former Soviet Bloc nation banned plastic bags in 2018, the move was heralded as "the end of an era." Many in the Eurasian country had once seen these bags, which were introduced after the fall of the Soviet Union, as a symbol of modernity and progress after decades under communist rule.

Like Albania and Romania, Georgia's ban is in line with the EU's recommendations and states that only biodegradable bags may be imported, sold, or produced within the country. Those who ignore the ban will be fined up to $200 USD, and anyone caught further breaking rules will see their fines doubled. (Photo by Davit Kachkachishvili/Anadolu Agency/Getty Images)