20 Throwback Billboard Music Awards Looks That Will Make You Scream 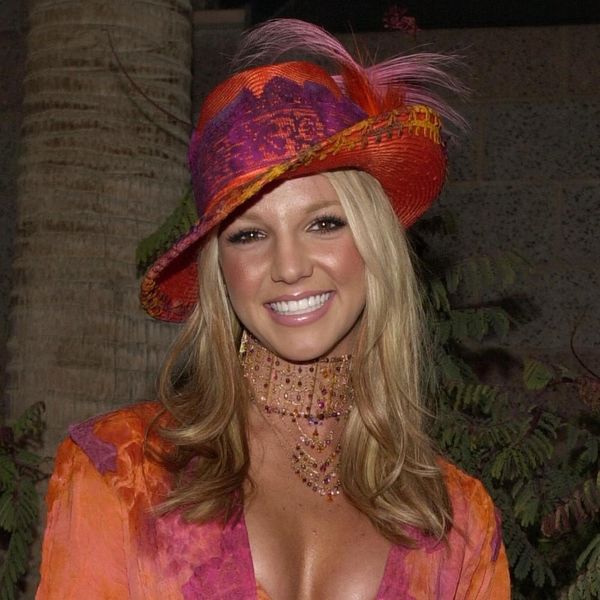 Music Awards (8/7c), and with performers like Miley Cyrus, Lorde, John Legend, and Ed Sheeran set to take the stage, it's sure to be a rocking night, indeed. But even before we're treated to a rendition of Cyrus's new single “Malibu," we'll be watching the red carpet for all of the jaw-dropping style nominees and presenters such as Rihanna, Sia, Ariana Grande, and Lea Michele will be serving up. As we wait for their arrival, here's a peek back at all the fashions of yore that had us in stitches. Happy viewing!

1. Whitney Houston: The legendary late singer was donning head-to-toe red lace on the red carpet long before either OK Go or Lady Gaga

ever dreamed of it — just check out that bodysuit she's working! (Photo via Ron Galella/WireImage/Getty)

2. Shania Twain: Now that she's back in the limelight after an extended absence due to vocal strain, we're dying over this '95 shot of Twain serving up some serious sass in a red crop top and leather pants. (Photo via Ron Galella/WireImage/Getty)

3. Mary J. Blige: Twain wasn’t the only one rocking leather at the ’95 Awards — R&B Queen Mary J. Blige poured herself into a black leather catsuit that could give Catwoman a run for her money. (Photo via Ron Galella/WireImage/Getty)
4. Kathy Griffin: 1997 was a different time: a time when comic Kathy Griffin didn’t have smooth straight locks, and green fur-lined rose duster coats were acceptable red carpet attire. *Shrugs* (Photo via Jim Smeal/WireImage/Getty)
5. Usher: Usher showed up to the 1998 Billboard Awards in a yellow fur coat, a yellow button-up, and yellow trousers besides. Guess he was doing things “his way?” (Photo via Ron Galella/WireImage/Getty)
6. Jennifer Love Hewitt: The mother of two brought the heat at the 1999 awards in a bandeau bra top and an asymmetric maxi slit-to-there. Yowza! (Photo via Jim Schmeal/Getty)
7. Britney Spears: Spears could’ve just as easily been headed to prom in the slinky lilac floor-length number she wore to her very first Billboard Music Awards in 1999, where she cleaned up with (count ‘em!) four wins for Top Female Artist, Top New Artist, Female Album Artist, and Female Hot 100 Artist. (Photo via Steve Grantiz/Getty)
8. Christina Aguilera: Spears’s old-school rival, Christina Aguilera, went another route entirely fashion-wise, keeping it casual in a belly-baring Las Vegas tee and a color-coordinated tied maxi skirt. (Photo via Steve Grantiz/Getty)
9. Mandy Moore: She may be the star of a hit show now as Rebecca in This Is Us nowadays, but in 1999, a fresh-faced blonde Mandy Moore could have been an extra in Clueless with her preppy pink turtleneck and green and yellow plaid skirt. As if! (Photo via Steve Granitz/Getty)
10. Pink: We thought we’d seen Pink in just about every hair color imaginable, but somehow, we missed this rainbow-hued ‘do she donned on the red carpet back in 2000 atop a sheer money dress. (Photo via Jim Smeal/Getty)
11. Mila Kunis: Mila? Is that you? We hardly recognized the Bad Moms actress with her edgy rocker makeup, magenta highlights, and patchwork overcoat seen here. Who knew Ashton’s wife was such a badass? (Photo via Steve Granitz/Getty)
12. *NSYNC: There’s so much to take in from this 2000 shot of boy band *NSYNC: Joey Fatone’s stint as a blonde. JT’s still Ramen-like curls and leather pants. The (excuse our pun) totally in sync hair spikes. Ay yi yi! (Photo via Chris Weeks/Getty)
13. Britney Spears: Making our list for the second time is Miss Britney Spears, for that year she showed up in a wild and crazy orange and pink getup unlike ANY we’d ever seen. (Photo via Chris Weeks/Getty)
14. Jessica Simpson: The Texas fashion mogul got a flashy start on the Billboard style scene in this black minidress with pink flamingo sleeves and black thigh-high boots. (Photo via Chris Weeks/Getty)
15. Nicky Hilton: Paris’s baby sis was SO 2000s in her tiered teal skirt and ruffle sleeve party dress. (Photo via Carlo Allegri/Getty)

16. Celine Dion: No need to adjust your monitors: It's not your eyes playing tricks on you. That's really Celine with a chin-length bleach blonde 'do and side cutouts to put Jennifer Lopez's most naked look to shame. Eat your heart out! (Photo via Rick Soloman/Getty)

17. Nicole Richie: Holy moly! If we didn’t know better, we’d think it was a totally different woman than the one we see on Great News nowadays: Not only does the actress have a totally un-Nicole-like style going on here, but those black skunk-striped highlights are now foreign territory from her typically sleek slicked-back bob. (Photo via Carlo Allegri/Getty)
16. Ashlee Simpson: Barring the plastic surgery that Simpson has publicly copped to, the singer also underwent a total transformation in the hair and fashion departments, going from raven locks to bright blonde and oversized frocks to slimming ensembles. (Photo via Frazer Harrison/Getty)

19. Diana Ross: Long before Rihanna was rocking ruffled Commes des Garçons up to her neck at this year's Met Gala, Diana Ross was donning a similarly wild look at the 2004 Billboard Music Awards in a bold red design that had us sitting up and taking note. (Photo via Kevin Winter/Getty)

20. Ariana Grande: These days, Grande is as sultry as they come in her standard uniform of flared mini skirts and thigh high boots, but back in 2013, she was sugar and spice and everything nice in a black lace teacup dress and an inviting smile. Some things never change, however, and that signature pony appears to be one of ‘em — do you, girl! (Photo via Jason Merritt/Getty)
Nicole Briese
Nicole is the weekend editor for Brit + Co who loves bringing you all the latest buzz. When she's not busy typing away into the wee hours, you can usually find her canoodling with her fur babies, rooting around in a bookstore, or rocking out at a concert of some sort (Guns N' Roses forever!). Check out all her latest musings and past work at nicolebjean.com.
Red Carpet
Celeb Style
Red Carpet
More From Celeb Style