These Wedding Trends Will Dominate 2018 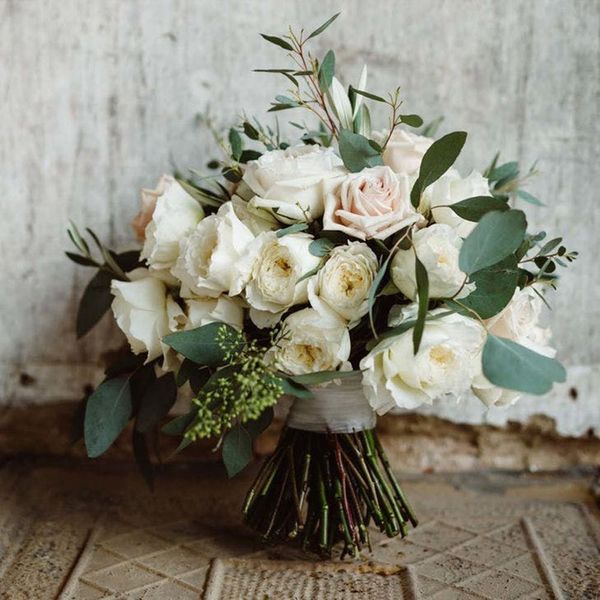 Break out your phones and monograms; the results of The Knot‘s Real Weddings Study have just been released. The wedding supersite surveyed nearly 13,000 US brides and grooms married in 2017 to uncover the financial spending habits and trends of real weddings in America, including wedding costs, how couples budgeted for the big day, and style trends. Here, the breakdown of the top trends for 2018 straight from Editor-in-Chief Kristen Maxwell Cooper.

1. Social Media: According to the study, engaged couples are using social media more than ever to tell their personal story from the moment they get engaged (i.e., that clever couple hashtag isn’t going anywhere, so you might as well embrace it). “While we’re seeing an uptick in ‘unplugged’ ceremonies,” Cooper says, “social media still plays a big part at the reception and pre-wedding events.” By the day after the wedding, 45 percent of couples said they had shared wedding photos and details on social media, and 48 percent updated their relationship status to “married” on Facebook. #marriedlife

2. Personalization: The rules of wedding planning have been thrown out the window as couples continue to break free from tradition. A full 25 percent of couples in 2017 opted for a destination wedding over a more traditional ceremony. “Couples are investing in entertainment, catering, out-of-the-box venues, anything that feels truly representative of who they are,” Cooper explains. How to make it work for you: Love craft beer? Host your wedding at a brewery. Vacation in Mexico? A tequila satellite bar is an absolute must. Met at a state fair? Bring on the popcorn and cotton candy stations.

3. Budget Goals: With the average wedding cost in 2017 a little more than $33,000 (without the honeymoon), things can certainly add up, and fast. So who’s footing the bill? In The Knot’s findings, some traditions have stayed true: The bride’s parents contributed the biggest share, at an average of 45 percent. Looking to keep costs down? Cooper suggests couples should set their budgets by prioritizing the top three or four things they truly care about, like “having a live band or an amazing photographer, serving top-shelf liquor or choosing the dream wedding dress.” And be prepared for cost creep: The average couple overspends by $7,319. “Setting these priorities together early on helps couples adjust — and potentially — budgets as they go,” Cooper advises.

4. Cultural Ceremonies: Ceremonies hosted in a religious institution have dropped significantly, to 22 percent in 2017 from 41 percent in 2009. Formal, black-tie weddings have decreased too, falling to 16 percent of events from 20 percent. But just because couples are choosing less-traditional ceremonies doesn’t mean they aren’t incorporating details from their cultural backgrounds. Cooper says, “Couples are embracing their unique backgrounds and looking for more ways to highlight them, whether it’s including special rituals at the ceremony or reception or wearing a traditional garment instead of a white wedding dress or tux.”

5. Guest Experiences: The number of couples opting for custom guest entertainment has more than tripled: It was a part of 40 percent of weddings last year, up from just 11 percent in 2009. “The value this current generation puts into experiences has definitely made its way into weddings,” Cooper says.“They don’t just want it to be a day or a moment: They’re hosting weekend-long celebrations and investing in entertainment and activities that delight their guests and show them a really great time.” Those special events come at a price. The average spend per wedding guest is up to $268 (compared to $194 in 2009). Unsurprisingly, that may be behind another wedding stat: The average number of wedding guests in 2017 was down to 136, compared to 149 in 2009.