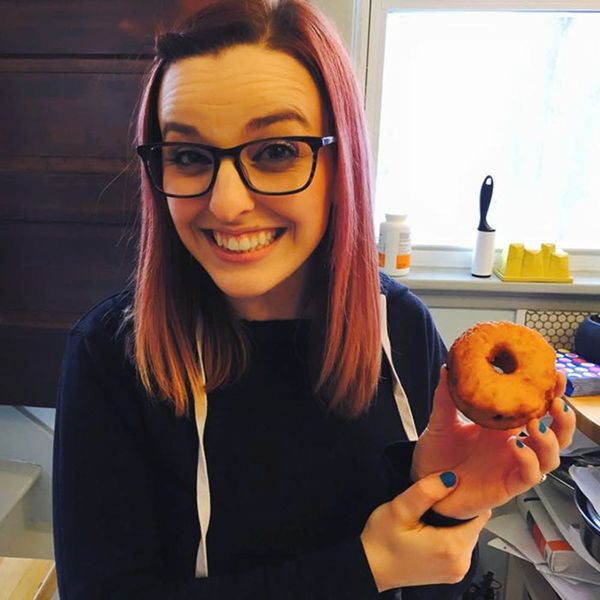 We’ve all had a dream of combining two of our favorite foods together to make one magically memorable meal moment. That’s kinda how brunch was established, no? Thanks to a little 3D printing action, one creative foodie made his delicious dream of 13 years a reality, and it takes the salty + sweet combo to the next level.

The creative food maker in question is Dylan. At the ripe age of 15, he concocted the idea of combining two of his favorite food options: tacos + donuts. After fantasizing about the two-in-one combo for more than a decade, Dylan finally put his brainstorming to paper and 3D printer and the execution began.

Dylan knew an average donut cutter wouldn’t work, because in order for the taco donut to be a success, a taco meat trough was essential. After creating a cutter design in 123D Design, the task of making this innovative treat something he could actually taste had a quick turnaround. The printed prototype that he created had a porous surface, so in order for the mechanism to be food safe (i.e. bacteria free) the cutter had to be used within a day.

Got to work, they did. By flattening out biscuit dough super thin, the 3D printed cutter was able to easily create canals for the taco meat of choice. Naturally, Dylan decided on ground beef.

Once the beef was in place, the fun was ready to begin. But before the frying action could occur, pinching the top and bottom of the donut together was a must. Rules to live by: No meat should be left behind in the fryer.

After placing the donut in a deep fryer at 380 degrees for 30 seconds + puffing it up to three times its original size, the taco donuts were almost ready for consumption.

Before it was time for Dylan + Co to indulge in their newly created masterpieces they had to deck them out (obviously). By dunking the donuts in queso cheese, piping them with sour cream and throwing on guac, cilantro and sriracha, these donuts were ready to rival the best tacos + donuts in your town.

Would you try the taco donut? Let us know in the comments.