5 Family-Friendly Movies to Watch After Your Thanksgiving Feast 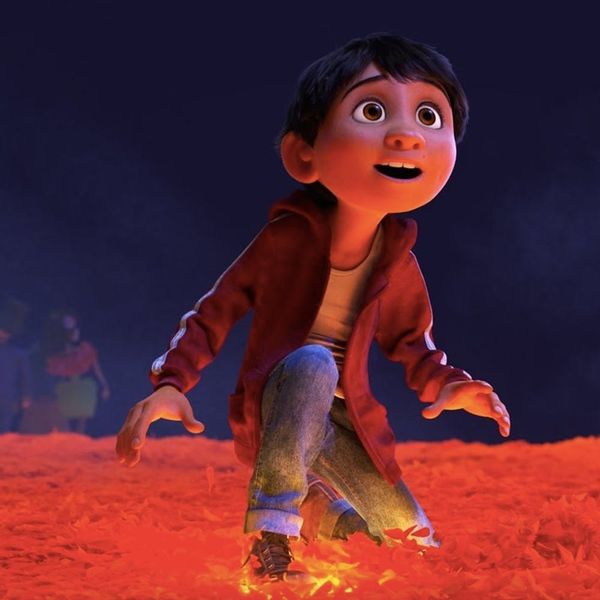 Thanksgiving weekend is fast approaching, marking the unofficial kickoff to the festivities (and mayhem) of the holiday season — and, of course, cozying up to family-friendly holiday movies, new and old. Though you’ve still got some time to throw together a whole bunch of easy DIY gifts for December’s holidays, the clock is ticking for you to figure out this year’s Thanksgiving tablescape and to make a decision about which Thanksgiving side dishes to pair with your bird. With all of the planning ahead, we don’t blame you if you’ve forgotten to come up with a kid-friendly movie list for your post-dinner, family viewing needs. After all, that’s what we’re here for.

1. Coco: Following the smash success of this summer’s Cars 3, Disney and Pixar are at it again with their latest, EXTREMELY highly anticipated animated adventure. Coco follows young Miguel’s fantastic journey as he traces the mystery behind his family’s generations-long ban on music, which leads him to the mystical Land of the Dead on the night of Dia de Los Muertos. You can join Miguel on his epic quest when Coco hits theaters, on November 22. Buy tickets to Coco here.

2. Wonder: Chances are, if you have a young kid, you have the book inspiration for this adaptation already in your house and a megafan of this modern childhood favorite begging you to take them to see this holiday release. Wonder tells the story of young Auggie, a child with a facial deformity who’s been in and out of hospitals, striving to fit in at a school. Of course, he teaches everyone, including his worrying parents (played by Julia Roberts and Owen Wilson), that he’s wiser and stronger beyond his years. The film hits theaters November 17. Buy tickets to Wonder here.

3. Casper: Maybe you remember this 1995 classic from its blockbuster run on the big screen. If not, hand back your ’90s kid membership card, stat. This iconic Christina Ricci and Devon Sawa flick about, well, a very friendly ghost, stands the test of time — and, it’s streaming on Netflix as of November.

4. Men in Black: Chances are, if you’re old enough to remember when this movie was THE hit of the summer, you probably still have that theme song stuck in your head (“Here come the men in black, men in blaaaaack,” anyone?). And, like its fellow ’90s classic, Casper, the MIB joined Netflix for streaming on November 1. Just be warned that this movie has some scenes that may be too intense for the youngest viewers, so maybe choose something else if there are little ones joining your movie night.

5. Indiana Jones and the Raiders of the Lost Ark: This 1981 classic introduced the world to the swashbuckling, villain-defeating archaeologist whose adventures definitely outpaced your average university professor. Streaming on Amazon Prime beginning in November, this one is also better suited to older kids.

6. Boss Baby: Coming to Netflix on November 22, Alex Baldwin voices the film’s titular baby who 1) can talk and 2) calls himself “The Boss.” Does hilarity ensue? Only one way to find out.