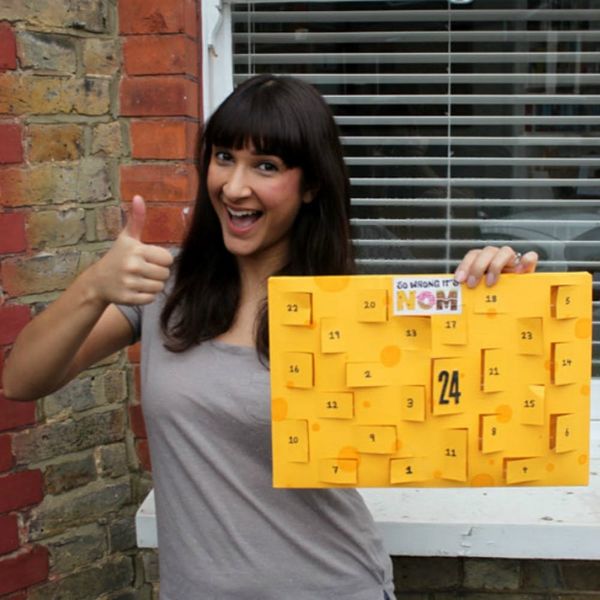 It’s been a big week for the advent calendar. Officially getting its collective kickoff on December 1, the countdown to Christmas has begun, and the ways people are finding to mark the days this year are vast and wide (have you SEEN Love Magazine’s jaw-dropping NSFW version?)

Annem Hobson of London is counting down the days until NEXT Christmas instead, however, when she hopes to unleash her own advent creation upon the world: a cheese advent calendar.

Offering a sign-up for 2017 (which created such a huge surge of traffic, the website has already crashed once), Anne’s version of the craze would include guest spots for Gouda, goat and German cheeses, as well as several waxed versions that don’t require refrigeration.

People seemed pretty pumped for the idea (at least 10K have already signed up), and we can’t say we blame them: Who doesn’t love cheese?

Would you buy a cheese advent calendar? Tell us @BritandCo.

Nicole Briese
Nicole is the weekend editor for Brit + Co who loves bringing you all the latest buzz. When she's not busy typing away into the wee hours, you can usually find her canoodling with her fur babies, rooting around in a bookstore, or rocking out at a concert of some sort (Guns N' Roses forever!). Check out all her latest musings and past work at nicolebjean.com.
Advent Calendar
Food News
Advent Calendar Christmas Foodie
The Conversation
Reviews:
More From Food News