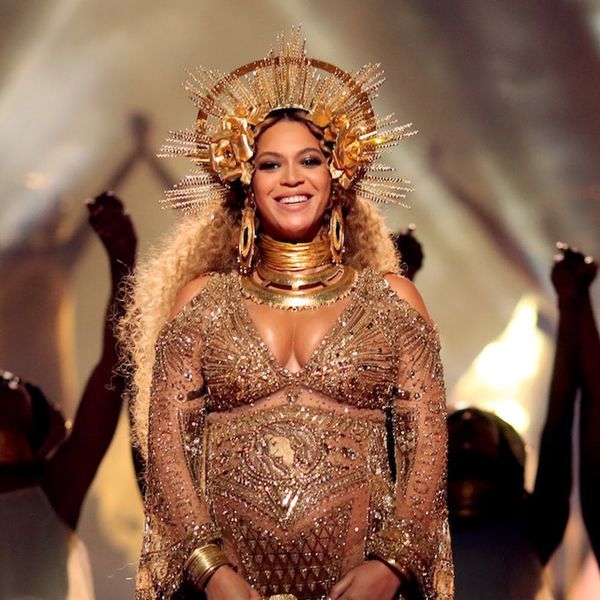 As soon as Beyoncé dropped her recent pregnancy announcement, the internet totally broke. It quickly became the most-liked Instagram post of all time, with theories spreading about its potential hidden meanings, and before long, countless spoofs honoring Queen Bey surfaced.

But it didn’t stop there — Gwen the chihuahua also paid tribute to the iconic photo with a similar photoshoot to announce her upcoming puppies. If you had a bad day, looking at these pics will cheer you up, guaranteed. LOOKIT.

Today I did a maternity photo shoot for my dog 🐶❤️ pic.twitter.com/vbWojO0lyv

Gwen’s owner, Geovanna, told Mashable that she’s wanted to post something about her adorable dog’s good news for a while, but wanted to do it justice. “When I saw Beyoncé announce hers it was the perfect fit since my dog is having twins as well.”

The details of the shoot are totally on point: the flowers, the sheer green fabric and even the dark red ribbon in place of Bey’s bra of the same color. There are even additional pics showing little Gwen in different settings and outfits, just like Bey. Cannot. Even.

Geovanna said that little Gwen would be due to have her pups by right around now, and we can’t wait to see how she stages the first pic of the puppies. Maybe a nod to Bey’s Grammy’s gown? We can see the teeny chihuahua-sized sequins now.

Have you ever done an elaborate photoshoot for your pet? Show us over @BritandCo!