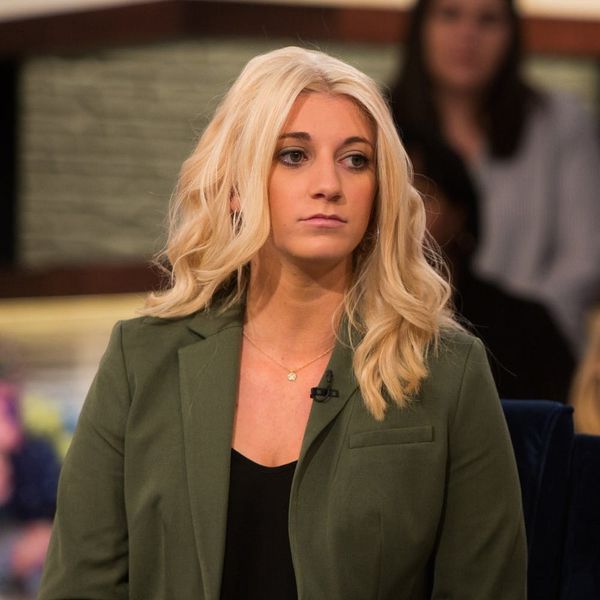 Bailey Davis had been a cheerleader for the New Orleans Saints football team for three years before she was fired in January. Her former team, the Saintsations, claims the 22-year-old violated their rules about social media usage. Davis says the team’s rules are overbearing and unreasonable, and that she was unjustly fired from what was once her “dream job.” She has filed a civil rights complaint, and is speaking out about discriminatory policies in professional cheerleading.

You probably look cuter than me in your #leveltheplayingfield shirt soooo tag me to be featured! #leveltheplayingfield •••message me to purchase& show ya support 🏈🤸‍♀️ #equality #nflcheerleader #beheard ((DM me::: email, shipping address, and size! It’s a unisex T-shirt. $15 •free shipping• )) funds geaux to the Warrior Scholarship❤️❤️ #nfl

Professional cheerleading is a much more exhausting and high-pressure job than many people realize. Cheerleaders don’t only dance and cheer during games; they also have to make promotional appearances, show up to photo shoots, sell products for the team, and practice for hours and hours each week. They are also expected to meet very specific guidelines regarding their weight, general appearance, and “etiquette.”

In 2014, the Los Angeles Timespublished sections of the 2012 handbook for the Oakland Raiders cheer team, the Raiderettes. The handbook stated cheerleaders would risk punishment if they were seen chewing gum at work. An anonymous NFL cheerleader wrote an article for Cosmopolitan in 2015 in which she claimed she was pulled from a game because she weighed in at 127 pounds. At five-feet threev-inches with an athletic build, she was expected to never weigh more than 122 pounds.

And for all of this, cheerleaders are paid very little. In an interview with the New York Times podcast, The Daily, Davis said that during her first year on the team she was paid minimum wage. The next year she was paid $8.25 an hour. The current living wage for an adult in New Orleans is $11.40 an hour. Plus, Saintsations cheerleaders are required to have a spray tan and professional manicure, but must pay for this beauty upkeep themselves.

Professional cheerleaders are also subject to strict rules regarding social media usage, and are forbidden from contact of any kind with players. What’s more, according to Davis, cheerleaders with the Saintsations are not allowed to have contact with NBA players in addition to NFL players.

Davis told The Daily that leading up to her termination in January, her bosses scolded her for being at a party where players were present, even though Davis says she didn’t even attend the party. Later, Davis posted a photo of herself in a lace bodysuit to her personal Instagram page, and received a message from one of her coaches saying it was “very poor judgment to post this photo, especially given rumors that are going around about you.”

Davis deleted the photo, even though she didn’t see anything wrong with it, and the next day found out that the team wanted her to resign over the photo.

Davis refused to resign and was quickly fired. She told The Daily that being shamed over the photo and having her “character called into question” was “devastating.” Since then, Davis and her mom, who was a choreographer for the team until resigning shortly after Davis was fired, are speaking out about the unfair treatment she and other cheerleaders experienced on the team. Davis has also filed a civil rights complaint with the Equal Employment Opportunity Commission against the NFL.

Professional cheerleaders have been speaking out for years about the low pay, sexist double standards between cheerleaders and players, and extremely strict rules that cheerleaders are expected to follow even in their personal lives.

In 2014, members of the Raiderettes, the cheer team for the Oakland Raiders, sued the team in a class action lawsuit, claiming the team was committing wage theft. It turns out that the Raiderettes were not being paid for their many hours of practice, and they won $1.25 million. The next year, the state of California passed a law requiring that professional cheerleaders be paid minimum wage and receive benefits.

Cheerleaders for the New York Jets also sued their team in 2014, and in 2016 won more than $320,000. The suit claimed that the cheerleaders were being paid less than minimum wage. Then in 2017, a group of four former cheerleaders from the San Francisco 49ers and the Oakland Raider filed a class action lawsuit against the NFL, claiming the league conspired to pay them low wages and to keep them from negotiating their pay. However, a judge dismissed the suit.

With Davis’ federal claim against the NFL freshly filed, the spotlight is once again on the unfair and harmful policies professional cheerleaders endure on the job. Though she says she’s not getting support from her former teammates on the Saintsations, she plans to press on and try to make a change.