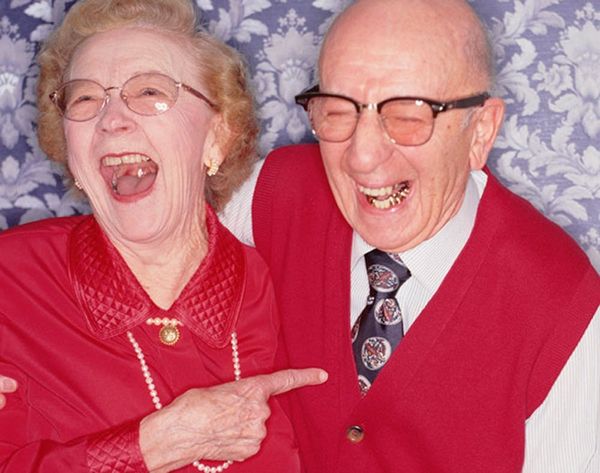 We all want a glimpse into the future — a hopeful horoscope to give us the scoop before time will tell us what’s really up. And in no area of life is that more true than with what we’ll look like when we’re older. If you’re not satisfied with the accuracy of using your mother as your graceful aging muse, then you’ll be floored by the precision of this incredible age progression software program. It can realistically alter the structure of your face from a single photograph in just 30 seconds to show you what you might look like when you’re 80-years-old. Watch and be amazed:

The process creates the most surreal before and after we’ve ever seen. Developed by researchers at the University of Washington, the software program doesn’t just add a gray hair here and a wrinkle there. It very un-glamorously stretches and sags features to bring the depicted younger face through full adulthood at GIF-speed.

But there’s more to it than meets the eye. The program actually compares the original photo with thousands of faces found online, each separated by gender and age (from birth to age 80) in order to yield its near-scientific results. So say inquiring minds want to know just what Blue Ivy will look like when she’s old enough to release her first tween solo record + when she turns the same age as momma Bey was when she had her (of course you do!). The program will scrutinize young Miss Carter’s features and compare it with all 13-year-olds within its gigantic database (then 30-year-olds, and so on) and reshape her face according to “aligned pixel-to-pixel averages.” That means it will lengthen her nose, adjust the width of her mouth and tinker with her other flawless attributes until the desired age is hit.

The software is not yet available for public use, but when it is, it’s poised to have a greater purpose than to satisfy our pop culture craving of knowing what Miley will look like as a tongue-out grandma. Its developers have positioned it as a tool that could help provide law enforcement with more accurate images of missing people, or even encourage folks to avoid bad habits that have severe aging consequences, like smoking, tanning and drug use. We think the peek at the inevitable could help seriously calm frantic anti-aging efforts that put Photoshopped portraits on pedestals. And while we imagine you can’t unsee the sight of an older you, it just might be the push we all need to embrace the natural transformations that come with age as elegantly as Grace Coddington. Step one: Pencil in some DIY skincare time!

Would you dare to upload your pic into the software program? Tell us in the comments below.