Alexandria Ocasio-Cortez Broke Party Ranks to Stand by Her Principles 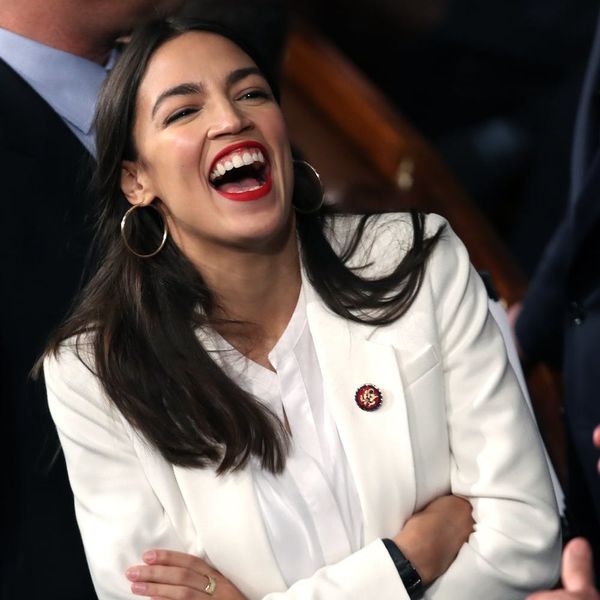 As the longest partial government shutdown in US history dragged on this week, the House voted on yet another bill that President Trump will almost definitely reject because it does not include billions in funding for a southern border wall. The House held two votes on budget legislation in a session on Wednesday, January 23, during which New York progressive Alexandria Ocasio-Cortez broke party ranks and voted against the bills.

Every other Democrat voted in favor of the bills, one of which would extend 2018 levels of funding to all non-operating federal departments through February 28 while the government is still partially shut down. The other was a package of six bills that were negotiated last year and would fund all “non-funded departments other than Homeland Security” for the full 2019 fiscal year, according to Roll Call.

During her wildly successful campaign for representative, Ocasio-Cortez harshly criticized ICE, at times going so far as to say it should be abolished. Ocasio-Cortez’s fleshed-out vision for ICE doesn’t actually aim to get rid of immigration enforcement altogether but rather to revert ICE back to the department that preceded it, Immigration and Naturalization Service (INS).

Earlier this month, Ocasio-Cortez voted with other House Democrats on two bills: one to fund the federal government (without border wall funding), and another specifically to fund the DHS through February 8 while the government is still partially shut down. Ocasio-Cortez received some criticism from progressives and leftists over the vote for its (albeit, temporary) contradiction of her anti-ICE agenda.

The post-its outside our office are growing 💜 thank you all for your continued support as we navigate and learn in these early days & beyond! pic.twitter.com/Rio49meM7K

Addressing Wednesday’s votes on her Instagram account in a live story, Ocasio-Cortez wrote, “Most of our votes are pretty straightforward, but today was a tough/nuanced call. We didn’t vote with the party because one of the spending bills included ICE funding, and our community felt strongly about not funding that.”

The package of six bills the House voted on did not include funding for DHS, so it’s not entirely clear as of yet why Ocasio-Cortez voted against those in addition to the bill that would have extended 2018 funding levels for departments including DHS.

Either way, the “no” votes from Ocasio-Cortez on Wednesday demonstrated that she’s willing to break with party ranks — at least sometimes — in order to take a stand for the progressive reforms she was elected to push in Congress.