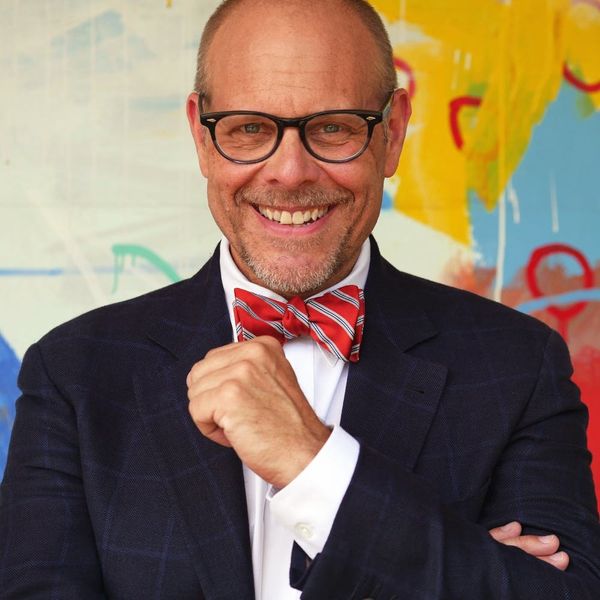 You may be content bingeing reruns of Good Eats, Food Network star Alton Brown‘s 14-season series of cooking-meets-science lessons, but Brown is about to serve something fresh. This time, he’s modernizing (AKA re-shooting) 13 Good Eats episodes for Good Eats: Reloaded, premiering October 15 on the Cooking Channel. Brown hasn’t released many details, but below he spills which Good Eats episodes he’s revisiting in Reloaded. “Hopefully, all of these shows have enough new content to really interest not only old fans or existing fans of the show but also people who have never even heard of it,” Brown, who is partnering with Colgate Optic White toothpaste, told us.

Each episode will include new ingredients, cooking methods, and Brown’s signature scientific explanations. First up is “Steak Your Claim,” Brown’s very first Good Eats episode, which aired in 1999 and explains how to find and prepare the best steak.

Also on the roster are revamped versions of season one’s “The Dough Also Rises,” which explores Southern-style biscuits, and season two’s “For Whom the Cheese Melts,” dedicated to fondue dip. “This recipe has been bothering me for literally 20 years,” Brown admitted, and he’s taking the chance to update it.

Even though Brown’s Thanksgiving recipes, like brined turkey and homemade green bean casseroles, are household staples, he’s not tackling Turkey Day specifically in the first season. Instead, viewers can expect a holiday episode, which will differ from the other dozen he’s produced. “It’s going to be a show that brings together all of the favorite holiday scenes that we’ve done in past episodes into one episode — and it includes a new holiday cocktail,” Brown elaborated.

His latest series isn’t the only project filling Brown’s plate. He is also working on a children’s book about food and eating, which will include a kid-friendly science lesson about the mouth (and teeth). It doesn’t have a release date, but Brown hopes to finish it next year.