How Oral Hygiene Could Be Linked to Alzheimer’s Disease 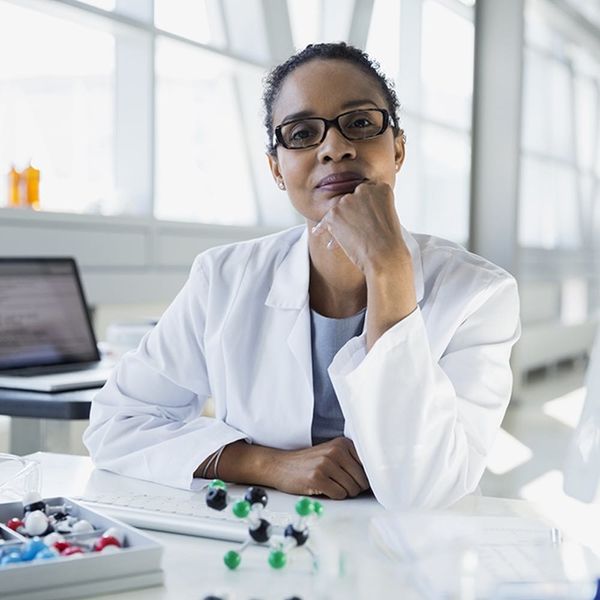 Alzheimer’s disease is notorious for the cruel way it robs people of the very things that make them who they are. Symptoms includememory loss, difficulty completing everyday tasks, trouble keeping track of time, and changes in personality and mood. Scientists have been trying to find out what causes Alzheimer’s for years in the hopes of being able to cure it, and a new study published in the journal ScienceAdvances in January may have moved the mission one step forward. Here’s what you need to know.

What is Alzheimer’s disease?

Scientists who have studied the brains of people who had Alzheimer’s when they died have identified two main indicators of the disease. Firstly, there is a buildup of amyloid plaques, which are fragments of a naturally occurring protein called amyloid. Secondly, scientists look at the naturally occurring tau proteins, which in Alzheimer’s patients have become tangled. “The accumulation of amyloid and tau tangles prevent the signalling of neurons in the brain,” sums up Charmaine Shepherd, clinic director of CogMission in Edinburgh, UK, a clinic that focuses on a whole-body approach to treating Alzheimer’s.

In trying to answer what causes these natural proteins to build up and become deformed, scientists have started looking for external causes outside the brain and even outside the body — specifically, in this case, types of bacteria. “The connection between Alzheimer’s and bacteria and other organisms has been made for many, many years,” says Brian J. Balin, PhD, chair of the department of biomedical sciences at Philadelphia College of Osteopathic Medicine. These external organisms could cause infections in the brain, he says, leading to damaged nerve cells, which leads to Alzheimer’s.

What the New Study Found

This new study, compiled by researchers from multiple universities and San Francisco-based pharmaceutical company Cortexyme, Inc., looked at one such infection from a worryingly common source. They focused on a bacteria called Porphyromonas gingivalis (often shortened to P. gingivalis), which causes gingivitis, a form of gum disease. The bacteria releases an enzyme called gingipain which, Dr. Balin explains, “cuts the normal tau protein into segments that become dysfunctional” and eventually leads to those characteristic tangles. Meanwhile, the amyloid plaques are thought to be your body’s attempt to protect itself from the bacteria, explains Shepherd: “Memory loss comes as a price to pay for this process of protecting the brain.”

In further experiments, the team orally infected mice with P. gingivalis and found that, compared with control groups of mice, those infected with the bacteria had higher levels of amyloid plaques and damaged neurons. They also found that these effects could be stopped, and even reversed, when the infected mice were then treated with a drug that stopped the gingipains enzymes from working. This suggests that it’s the gingipains — the enzymes released by the bacteria — that are responsible for the protein damage that leads to Alzheimer’s.

What do these results mean?

The possible link between gum disease and Alzheimer’s has been examined before, but this study is exciting because it points more strongly to P. gingivalis being a cause of Alzheimer’s rather than an effect. For example, it has been argued that the reason Alzheimer’s patients have higher concentrations of the bacteria that causes gum disease in their brains is because Alzheimer’s made them more likely to forget to clean their teeth, which would make them more susceptible to gum disease. But in this study, Dr. Balin says, the fact that the researchers were able to produce some of the symptoms and signs of Alzheimer’s in mice by infecting them with the bacteria strongly suggests that the bacteria is a cause of the disease, rather than an indirect effect. And the fact that they were able to reverse the spread of the disease in mice is a promising sign for future treatments — although, he adds, “much work needs to be done to clarify how exactly these will work in humans.”

But before you reach for the dental floss (although, do also reach for the dental floss), it’s important to note that this study represents only one piece in the puzzle of what causes Alzheimer’s. For example, the Centers for Disease Control and Prevention (CDC) estimate that nearly half of Americans over 30 years old have gum disease to some degree, but not all of them will get Alzheimer’s — and some who don’t have gum disease will get Alzheimer’s.

“Alzheimer’s disease is a complex condition, and it appears that it requires more than one isolated factor to set the disease in motion,” Shepherd cautions. “There are many possible contributors, such as our genetic susceptibility, infection, inflammation, high levels of blood sugar, [and] low levels of hormones. Although many of us may suffer from brain function that is just not optimal, it takes a combination of factors to progress to full Alzheimer’s.” Dr. Balin is also conservative in his praise: Ultimately, like any good scientist, he wants to see the results repeated with a larger sample size. So yes, this study certainly takes a step forward in the race to beat Alzheimer’s, but there is still a long way to go.

Does this study make you feel more optimistic about future treatments for Alzheimer’s? Share your thoughts with us @BritandCo.

Natasha Lavender
Natasha Lavender is a Londoner living in Chicago, and is fluent in British and American. She writes about pop culture, health, lifestyle, feminism, fashion, and interviews with interesting people, and has previously worked for Good Housekeeping magazine, Buzzfeed, and Hello Giggles. She loves podcasts, running, reading, dogs and cats equally, and peanut butter anything.
Womens Health
Health
Womens Health
More From Health