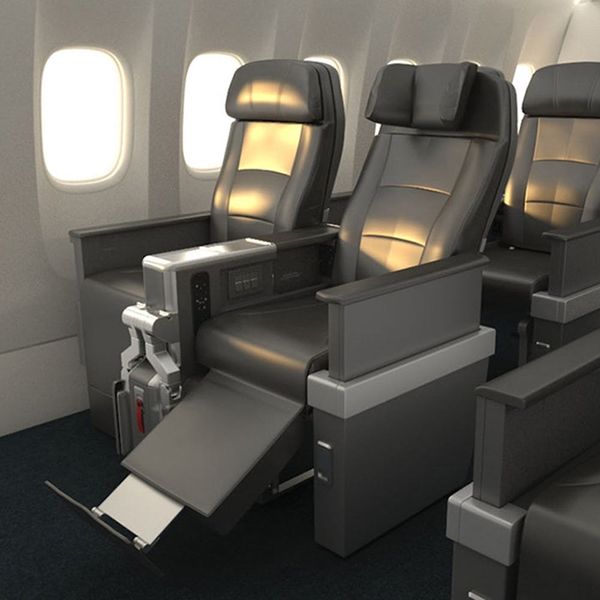 All that holiday travel has likely served as a massive reminder of just how much flying in economy can suck. But what’s a budget-conscious gal to do? Spend $21,000 to fly first class? Yeah… that’ll be a no from us. But fear not, all you frequent flyers: American Airlines has just announced a brand new class that’s better than economy but won’t leave you quite as broke as business class. Introducing: premium economy.

The new ticket is set to launch in January. To start, it will only be available on select flights. Passengers traveling from Dallas-Fort Worth to Paris will be the first to try it out. Then in February, flights from Dallas to Seoul will be included. For now, it will only be an option for international flights. Over the next three years, American be adding premium economy to all Boeing 777-300ERs, 777-200ERs, 787-8s and Airbus A330s.

So what does the price different look like? Right now, there actually isn’t any difference. When we headed over to AA’s website and checked the difference between main cabin and premium economy on flights from Dallas to Paris in early January, both fares were the exact same price. Whereas if you were to jump from main cabin to business class, you’d be looking at a $4,000 upgrade. Seems as though things are already looking up for 2017.