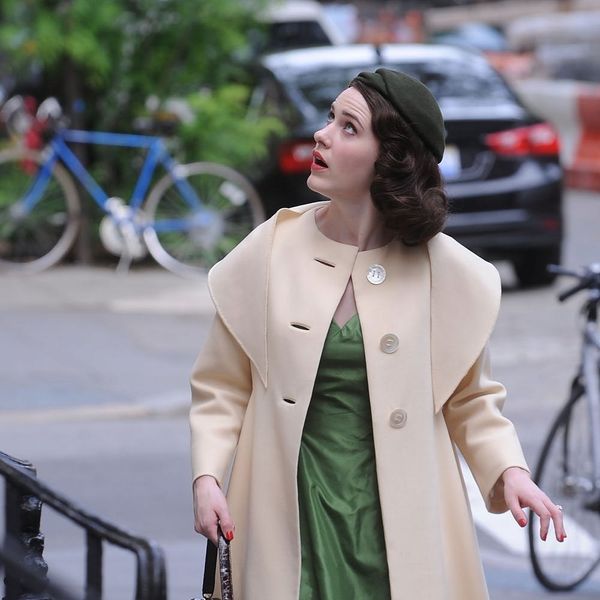 We were thrilled when we found out that Amy Sherman-Palladino, the creator of Gilmore Girls, had a quirky new show in the works for Amazon, especially when the series secured a two-season pickup before it even hit viewers’ screens. Now, six months after that happy news, The Marvelous Mrs. Maisel finally has an official trailer and premiere date!

Set in 1958 in New York City, the new series will follow Miriam “Midge” Maisel, a young woman who lives a seemingly charmed life with her husband and two children in an Upper West Side apartment. As we see in the trailer, however, things take a sudden and drastic turn when her husband (an aspiring comedian) leaves her for another woman, and Midge decides to turn her unexpected misfortune into a stand-up act. From there, things get a little wild. Let’s just say the police get involved multiple times.

House of Cards’ Rachel Brosnahan plays the fabulously frank Midge, who is already one of our favorite female TV characters. The series also features Tony Shalhoub and Alex Borstein — not to mention jazzy tunes, impossibly stylish clothes, and snazzy-looking sets.

And with Sherman-Palladino writing and directing the series, we have no doubt that The Marvelous Mrs. Maisel will be one of our favorite new shows when it begins streaming exclusively on Amazon (available with a Prime membership) on November 29.

Are you excited to check out The Marvelous Mrs. Maisel? Let us know @BritandCo!