Angela from The Office Had the Most Magical Wedding 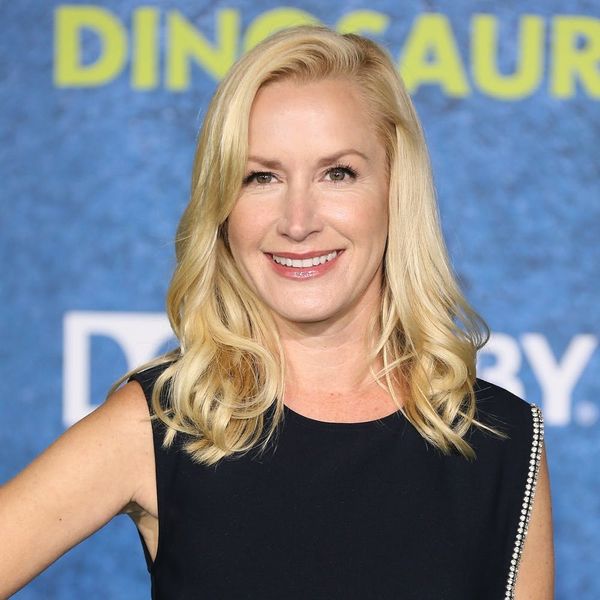 Despite the icky rep she got as Angela Martin on The Office, we had no doubt that it would be a magical day for the IRL super sweet Angela Kinsey when she married her love, Joshua Snyder. After receiving a somewhat unconventional emerald engagement ring during an incredibly adorable proposal, the two have just said “I do,” and OMG — they could not look happier.

Soap fans will recognize Joshua from both Days of Our Lives as well as his role on Blackout, but yesterday, he wasn’t acting while smiling widely for the cameras. Seriously, look at how adorably in love these two look! Angela herself shared a pic of the big day with the simple caption, “Yesterday was awesome!!! ❤️ #gothitched.”

When chatting about the big day to Martha Stewart Weddings, Angela revealed what made the event extra special. “Our wedding was more than just two people coming together, it was a family coming together. Josh and his sons and my daughter and I,” she said, adding, “We were so proud of our children. They each wrote something to say during the ceremony. They wanted us to know how much it means to them that we were becoming a family. It was truly moving. I don’t think there was a dry eye in the room!” So sweet!

My BFF got married yesterday! It was a beautiful and moving ceremony filled with laughter and love. I couldn't be more happy for you. https://t.co/gno68EtOB9

And there were plenty of other people there ready to shed a tear of joy. Guests of the ceremony included fellow Office co-star Jenna Fischer, who tweeted out a congrats, saying, “My BFF got married yesterday! It was a beautiful and moving ceremony filled with laughter and love. I couldn’t be more happy for you.”

She even made a toast to her BFF, which was apparently totally appreciated…

.@jennafischer thanks bff!! Your toast was amazing! 😘

And Creed’s gift was totally on point…

Going through our wedding gifts...Creed's card might be my favorite. 😉

Even those who weren’t there, like The Office’s Kate Flannery, recognized how magical the occasion was…

Since I missed your magical day @AngelaKinsey I added magical to your photo, you look stunning, congrats! 💓🚻💓sending you love!! pic.twitter.com/haDUHVpbPW

Did you invite your co-workers (or ex-co-workers) to your wedding? Tweet us @BritandCo!