Ann Curry Is Setting the Record Straight on Matt Lauer 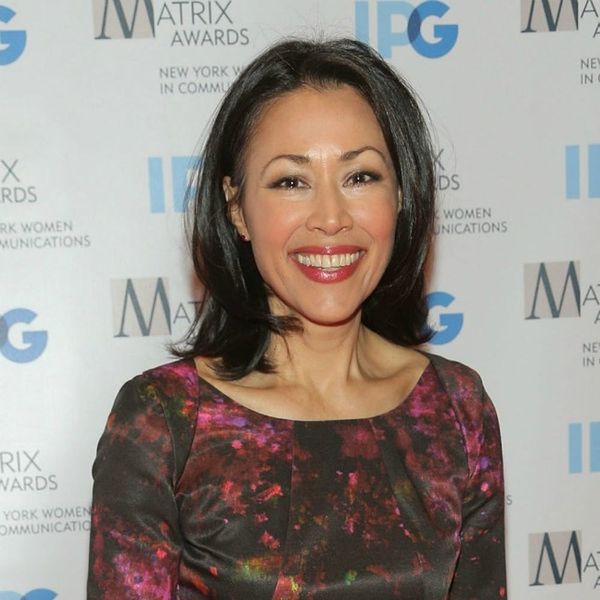 When Matt Lauer was fired from his position at NBC, many fans wondered what Ann Curry would do. His former co-host was unceremoniously canned from her gig just one year into working with Lauer, and for years, fans believed she was let go due to his dislike of his co-host.

Now, the former NBC anchor is talking to People about her reaction to Lauer’s firing, and not only is her answer diplomatic, but her words are a reminder of how important it is to always take the high road.

#AnnCurry is opening up about #MattLauer, #MeToo and the pain of leaving the #TodayShow for the first time since her 2012 departure. Tap the link in the bio to read this week's cover story.

Back in 2012, just one short year into her contract, journalist Ann Curry left the show with a tearful goodbye. At the time, outsiders were not exactly sure what happened. But when Lauer got fired, fans went back to the rumors surrounding Curry’s departure, and a story about an incident dubbed “Operation Bambi” that pointed to Lauer’s comeuppance as retribution for treatment of past co-hosts, most notably Curry.

Top of the Morning: Inside the Cutthroat World of Morning TV, a book published in 2013, outlined “Operation Bambi,” NBC’s not-so-top-secret plan to get Curry out of Lauer’s way. In the book, author Brian Stetler says that with Lauer’s then-contract coming up at the end of 2012, and with Curry able to leave the show and go to a competitor if she wasn’t promoted, the network tried keeping her from leaving and destroying their ratings by giving her the co-hosting job when Meredith Vieira retired in 2011. Lauer was less than pleased.

Stetler goes on to say that in his 2012 contract negotiations, Lauer essentially told NBC to choose between them, which led to Curry’s firing. But what did Lauer reportedly dislike about his new co-host? According to the book, Curry would not abide by the hostile environment that Lauer promoted and ran as the lead host of the show — and she had no qualms in fighting back against his “boys’ club.”

Thinking back to that time, Curry now tells People that she’s outraged that the alleged victims of Lauer’s misconduct were forced to work in such an environment, telling the mag, “I wish I could say that I was celebrating. But actually I immediately checked myself. Because I knew women had suffered.”

As for why she’s been somewhat silent about Lauer’s firing, the mom of two tells People that she’s not one to gloat, saying, “I’m not a vengeful person. I know what it’s like to be humiliated. I just don’t want to play a part in anyone else’s humiliation.”

But, Curry also agrees with fans who called out NBC for the sexism she faced when she was fired. Nodding when asked by the magazine if those rumors have any credence, the 61-year-old says, “The women’s movement got us into the workplace, but it didn’t make us safe once we got there.”

While Curry is heading back to TV with her six-part PBS series, We’ll Meet Again, she says that compassion and individuals power to do good for others will always exist, something even she’s forgotten in the past.

“There are times we forget it [compassion] exists, and we may be living in one of those times right now. But the capacity for good is still there. It exists, and it will rise again.”

What do you think about Ann Curry’s diplomatic response to Matt Lauer’s firing? Tell us @BritandCo!