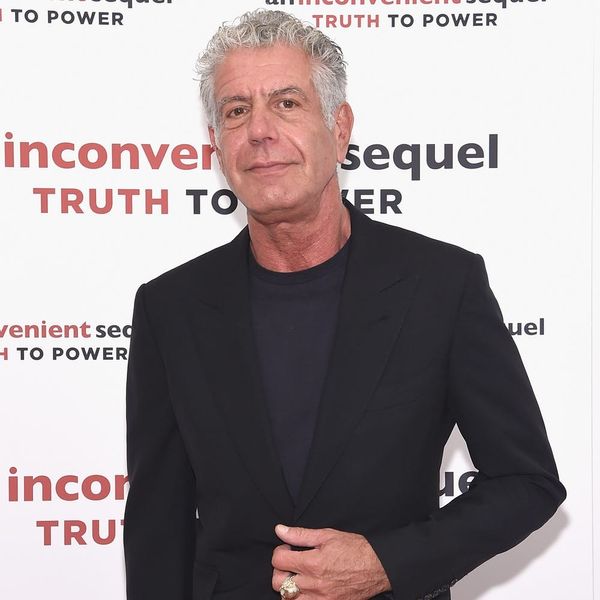 Anthony Bourdain has died at the age of 61. CNN confirmed the news on Friday, June 8, and said he died by suicide while in Strasbourg, France, filming for his award-winning travel and food series Parts Unknown. French chef and close friend Eric Ripert reportedly found Bourdain unresponsive in his hotel room on Friday morning.

“It is with extraordinary sadness we can confirm the death of our friend and colleague, Anthony Bourdain,” CNN said in a statement. “His love of great adventure, new friends, fine food and drink, and the remarkable stories of the world made him a unique storyteller. His talents never ceased to amaze us and we will miss him very much. Our thoughts and prayers are with his daughter and family at this incredibly difficult time.”

The celebrity chef, TV host, and best-selling author first rose to fame with his 2000 book, Kitchen Confidential: Adventures in the Culinary Underbelly. The book’s acclaim helped Bourdain move to TV, where, in 2002, he premiered the food and travel show A Cook’s Tour on the Food Network. Shortly after, he moved to the Travel Channel with No Reservations and then The Layover, which became a staple for travelers looking for food and drink recommendations in unfamiliar cities.

In 2012, Bourdain left the Travel Channel for CNN. He has hosted Parts Unknown, a show lauded for its exploration of the ties between food and culture around the world, since 2013.

Bourdain is survived by an 11-year-old daughter.