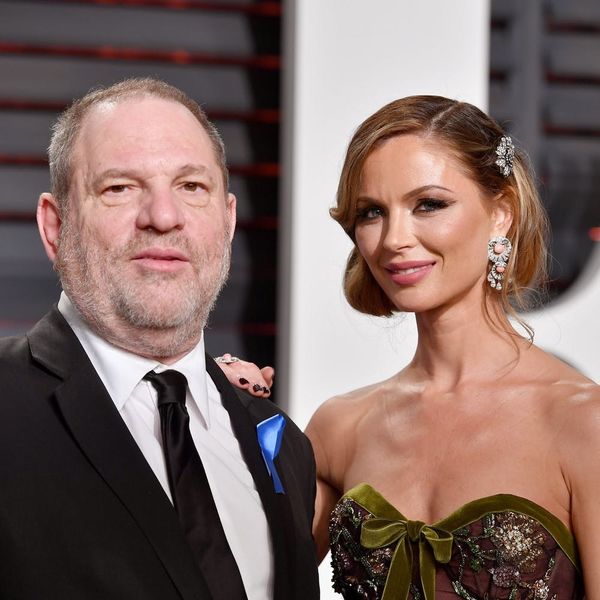 Since the New York Times released their explosive article alleging that Hollywood heavyweight Harvey Weinstein subjected industry women to decades of sexual harassment, some of the most powerful people in Hollywood have denounced the producer and his alleged actions. Others, such as Angelina Jolie and Gwyneth Paltrow, have come forward with new claims. Now, as Weinstein continues to deny the allegations (which now include accusations of sexual assault), his wife Georgina Chapman has announced that she is leaving him.

“My heart breaks for all the women who have suffered tremendous pain because of these unforgivable actions,” Chapman, co-founder of Marchesa, said in a statement to People. “I have chosen to leave my husband. Caring for my young children is my first priority and I ask the media for privacy at this time.”

Weinstein, 65, and Chapman, 41, have been married since 2007 and share two children, ages seven and four.

In an interview immediately following the Times’ story, Weinstein said that Chapman was supportive. “She stands 100 percent behind me,” he told Page Six. “Georgina and I have talked about this at length. We went out with Lisa Bloom [the lawyer who has since quit the case] last night when we knew the article was coming out. Georgina will be with Lisa and others kicking my ass to be a better human being and to apologize to people for my bad behavior, to say I’m sorry, and to absolutely mean it.”

Since the story broke, thousands of women outside of the industry have also opened up about the sad commonality of harassment and abuse they experience at work and otherwise.

Weinstein was fired from The Weinstein Company, which he co-founded, on Sunday, and has said that he has “brought on therapists…to deal with this issue head on.”

Have you been following the Harvey Weinstein story? Let us know @BritandCo.