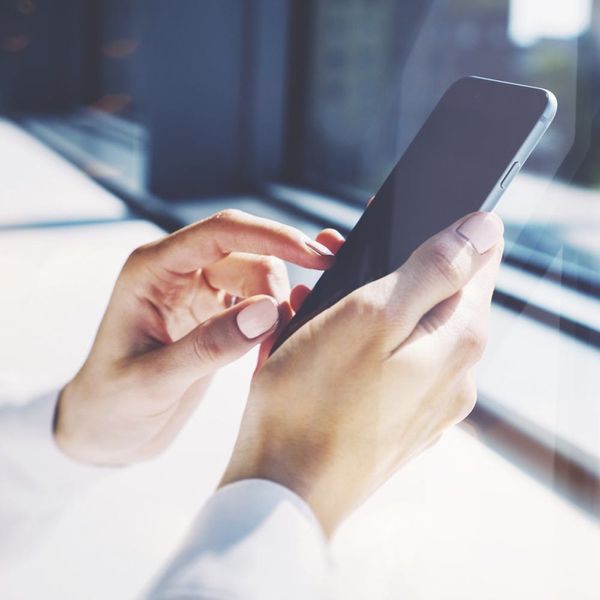 iPhone 8 rumors are starting to get more and more realistic. And as they do, we’re getting more and more excited. For a while now, the rumor mill has been telling us that Apple is going to get rid of the home button, and Apple’s newest patent seems to corroborate this.

The patent describes a system that would turn the entire touch screen into a Touch ID-capable surface, meaning anywhere you tap on the screen will be able to recognize your fingerprint. Getting rid of the home button (which is only ever used briefly, according to Apple) would free up lots of physical space on the phone.

But why, you may ask, is there all this obsession with eliminating buttons and ports? (RIP audio jack.) Well, the more openings that Apple is able to eliminate from the phone, the more and more waterproof (and damage-proof in general) the phone becomes. So in the future, our indestructible phones could just look something like a box with absolutely no buttons or openings. Perhaps wireless charging and a complete touch-sensitive surface? We’ll see you in the future.

What other features do you hope make it into the iPhone 8? Let us know @BritandCo!

Cailey Rizzo
Cailey is a junkie for all things pop culture. She studied journalism and English literature at SUNY Purchase, then continued studying French cinema and literature at Paris IV Sorbonne. She currently lives in New York where she can often be found singing '70s music at karaoke bars.
iPhone
Tech
iPhone Tech News