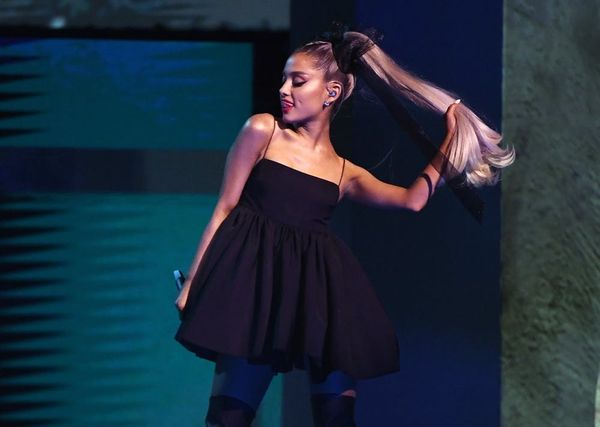 Ariana Grande dominated 2018, and it looks like she’s set to do the same in 2019. On Tuesday, January 22, she prepped fans for her next big move by sharing the tracklist for her new album, which will drop on February 8.

Grande took to Instagram to share a simple black-and-white image with the titles of 12 songs, including the already-released “7 rings” and “thank u, next.” The remaining 10 are: “imagine,” “needy,” “NASA,” “bloodline,” “fake smile,” “bad idea,” “make up,” “ghostin,” “in my head,” and “break up with your girlfriend, i’m bored.” A mood, indeed.

Although Grande didn’t provide any context for the titles, her first two singles from the album — “7 rings” and “thank u, next” — were inspired at least in part by her newfound independence after her split from ex-fiancé Pete Davidson. The names of the other songs suggest a similar theme.

Earlier this week, the “God Is a Woman” singer promised to also share the cover art for the album, as well as a link for preorders.

Fans are obviously excited, but not everyone is thrilled with Grande’s new music. Last week, she faced accusations that “7 Rings” copied Soulja Boy’s “Pretty Boy Swag” and Princess Nokia’s “Mine.” Nokia specifically compared Grande’s lyrics about her hair to her own song “Mine.”

Grande’s initial response to Princess Nokia was met with backlash from people who felt that she missed the point of the criticism. Ultimately, the “7 Rings” singer apologized for her reaction, writing in an Instagram comment, “I’m so sorry if my response was out of pocket or if it came across the wrong way. Thanks for opening the conversation and like… to everyone for talking to me about it. It’s never my intention to offend anybody.”

Are you excited to hear Ariana Grande’s new album? Let us know @BritandCo!