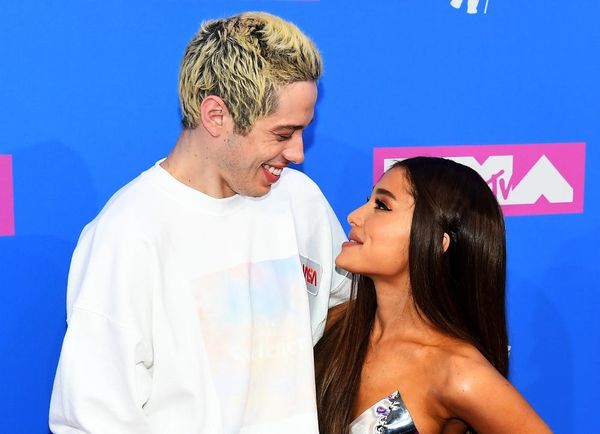 Ariana Grande and Pete Davidson have reportedly called off their engagement. According to TMZ, which was first to report the news, the decision to split was a mutual one, as both agreed the timing wasn’t right.

The “God Is a Woman” singer and the Saturday Night Live star were first linked back in May. By mid-June, they were engaged.

“I didn’t want to do something corny,” Davidson told Variety in August of how he proposed to his now-fiancée. “We were in bed hanging, after watching a movie. I was like, ‘Will you marry me?’ It was really dope.”

The couple were inseparable all summer, and in August they made their red carpet debut at the 2018 MTV VMAs. “I never thought I’d meet anyone like her,” the comedian told Variety. “I can’t even put into words how great of a person she is. I could cry. She’s the f***ing coolest, hottest, nicest person I’ve ever met. … I’m f***ing living the goddamn dream. I feel like I’m living in a fantasyland.”

Grande, for her part, was similarly effusive, even telling Jimmy Fallon in August that she predicted she would marry Davidson as far back as 2016, when she appeared on SNL. “We never, like, exchanged numbers or anything. We weren’t even friends for a long time. But I had the biggest crush in the whole world on him the whole time, like, forever. My friends used to make fun of me for it, all that stuff,” she recalled.

“I left his writers’ room when we were writing skits and stuff for the show, and my tour manager was in the hallway, and I’m not a crushy person, like I don’t have crushes on people I don’t know,” she continued. “But I left and I jokingly said to my tour manager, ‘I’m marrying him. 100 percent. I’m literally marrying him.'”

According to TMZ, the exes have not ruled out “the possibility of anything in the future.”