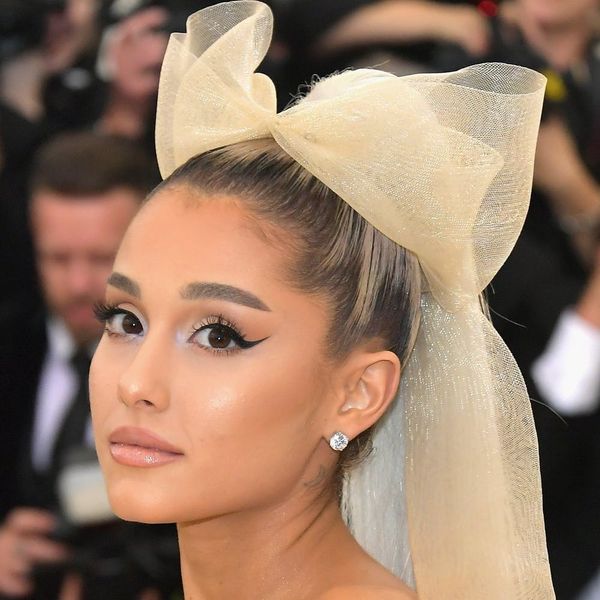 It’s been just over a year since the passing of the Manchester bombing that took the lives of 22  people and injured countless others, but for Ariana Grande, who was famously performing onstage during the attack, the memory of the tragic incident won’t be fading anytime soon. The singer not only paid tribute to the victims on social media with a heartfelt tweet on the one-year anniversary of the event, she let fans know that they would live on in her heart — and on her skin — forever with a fresh tattoo.

Taking to Instagram, the 24-year-old showed off a brand new bee piece just behind her ear with a heart for a wing from New York artist Mira Mariah. “Forever,” she wrote by way of caption.

The piece follows the original bee tattoo the “Don’t Dream It’s Over” crooner is reported to have gotten just after the attacks in solidarity with members of her crew. The insect is a long-running symbol of the city’s “worker bee” population.

The bombing, which was later called a terrorist suicide mission, took place at the entrance of the Manchester Arena when 22-year-old Salman Abedi detonated a homemade bomb during the final moments of the singer’s Dangerous Woman UK concert.

In addition to the tattoos, Grande returned to Manchester to headline a “One Love” concert to benefit survivors of the incident and reportedly offered to pay for victims’ funerals. She also included a tribute in her “No Tears Left to Cry” music video.

What do you think of Ariana’s sweet tribute? Share with us over @BritandCo.

Nicole Briese
Nicole is the weekend editor for Brit + Co who loves bringing you all the latest buzz. When she's not busy typing away into the wee hours, you can usually find her canoodling with her fur babies, rooting around in a bookstore, or rocking out at a concert of some sort (Guns N' Roses forever!). Check out all her latest musings and past work at nicolebjean.com.
Music
Beauty News
Music Tattoos
More From Beauty News