Ashley Graham Just Got Her Own #BodyPositive Barbie 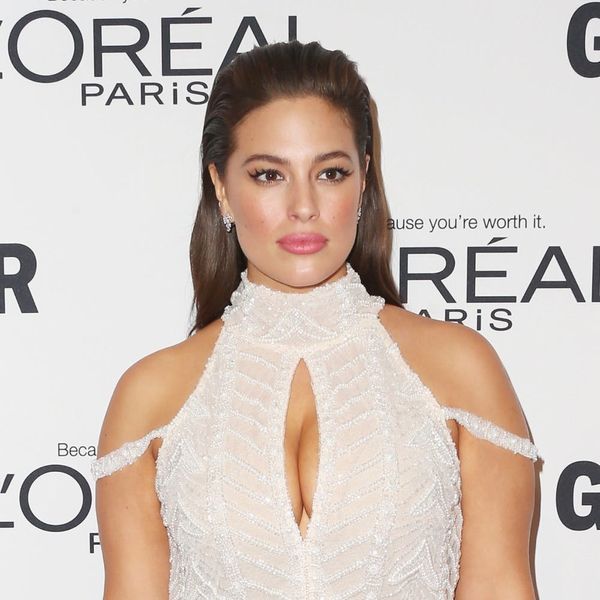 It’s been quite the year for Ashley Graham! The plus-size model — who continually charms us with her bod-lovin’ ways — was not only nominated as Sports Illustrated Swimsuit Rookie of the Year and starred in DNCE’s super sexy music video along with Joe Jonas, but now she’s gotten her very own body-positive Barbie.

Introducing the one-of-a-kind doll at Glamour‘s Women of the Year summit in LA on Monday, Ashley proudly showed off the Barbie made in her own image, body measurements and all. “We need to work together to redefine the global image of beauty and continue to push for a more inclusive world,” Ashley said of her Barbie in a statement. “I’m thrilled Barbie has not only evolved their product, but also has continued to honor women who are pushing boundaries. It’s an honor to be immortalized in plastic.”

And when it came to the doll’s creation, Ashley was totally involved. She told The Hollywood Reporter, “She had to have her thighs touch. No ands, ifs or buts about it. And I asked for cellulite but obviously plastic and cellulite don’t go hand in hand.”

She added, “It was important that the Barbie resembled me as much as possible. The thighs touching was one way to show young girls that it’s okay for your thighs to touch, despite society saying that a ‘thigh gap’ is more beautiful.”

Though Ashely’s doll won’t be available for the general public, you can totally check out Barbie’s line of body positive and wonderfully diverse dolls.

What do you think about Ashley Graham’s Barbie? Tweet us @BritandCo!

Desiree O
Desirée O is a ‘Professional Bohemian’ who loves anything and everything related to the arts, entertainment, and pop culture. She ADORES being a ‘Newsy’ for Brit + Co, covering all of the latest tidbits of awesomeness that you want to read about. When she’s not writing, she’s either making messy art, going on long adventurous walks with her camera, or poking around over at bohemianizm (http://www.bohemianizm.com/). You can find out about Desirée O and her work at http://DesireeO.com/ or follow her on Twitter @DesireeO.
Body Positive
Pop Culture
Body Positive